Mother! Returns to Stage with Two Performances in Chaffee

Award-winning Colorado actor, Jan Justis will return with two, in-person performances of Mother! Her first performance will take place at 6:00 p.m. on August 12 at Vino Salida and her second starts at 7:00 p.m. on September 2 at A Church.

Mother!, is a full-length, one-actor play. The first post-pandemic performance is a production that chronicles the incomparable life story of Mary Harris Jones, who led the drive for workers’ rights in the two decades following the turn of the last century. It was first produced by the innovative Colorado TINTS Theatre Company. Mother! is co-written by Mike Broemmel and Jennifer Dempsey. Dempsey is also the director of the stage play. 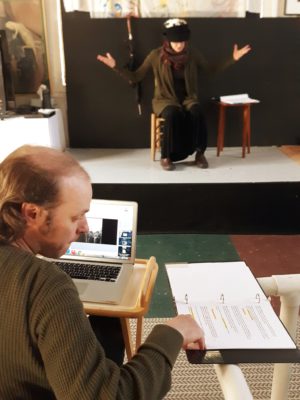 Director and playwright Dempsey explained, “Having two venues in this part of Colorado makes this the perfect location for Mother! — to see the lights of the stage for the first time, following live performances mostly going dark during the coronavirus pandemic.”

She continued, “A major element of the play is the Ludlow massacre of 1914, a horrific event that took place in a mining camp a couple hours’ drive south of the [Vino Salida] winery and vineyard. Mother Jones was instrumental in leading the drive for the implementation of important laws protecting workers following the Ludlow Massacre, a mass killing that took the lives of an unknown number of people, including innocent children. The work of Mother Jones following Ludlow resulted in child labor as well as hour and wage laws that provide invaluable protection to U.S. workers.”

Tickets to the performance at Vino Salida can be reserved by calling 719-539-6299. A ticket to the show also includes a glass of wine or a beer.

Reservations for the A Church performance can be made by calling TINTS at 719-239-4500. Following its return to Vino Salida and A Church, more performances of the play are planned for elsewhere in Colorado, including in Denver.

In addition to being informative and inspiring, Mother! is also entertaining, thanks to the stagecraft of Justis. Known on stage as both an accomplished actor and dancer, Justis has both performed in and created productions. Her work has been seen on Broadway, in Chicago, in Denver, and internationally.

A considerable part of Justis’ professional career has been dedicated to arts in education, including being on the founding teams that created the Performing Arts Departments at both Eaglecrest and Grandview high schools in suburban Denver.

The production company, Colorado TINTS, is committed to making theatre more accessible to a broader swath of people, including underserved adults and children. As part of the mission, the nonprofit organization routinely stages shows in nontraditional spaces; venues beyond conventional stages. TINTS brings productions like Mother! not only to the general public but to schools as well.

Mother! is one of about three dozen plays written by playwright Mike Broemmel in the past decade that have been produced, not just in the United States, but internationally. Among his theatrical work is the creation of the Iconic Women Theatre Series. With Mother! being the newest addition to the collection, the series of plays is designed to tell the complete life stories of women that history has either failed to chronicle correctly or largely overlooked through the years.

“It’s been a privilege writing the plays in the Iconic Women Theatre Series and to see them come to life through the work of amazing actors,” said Broemmel.