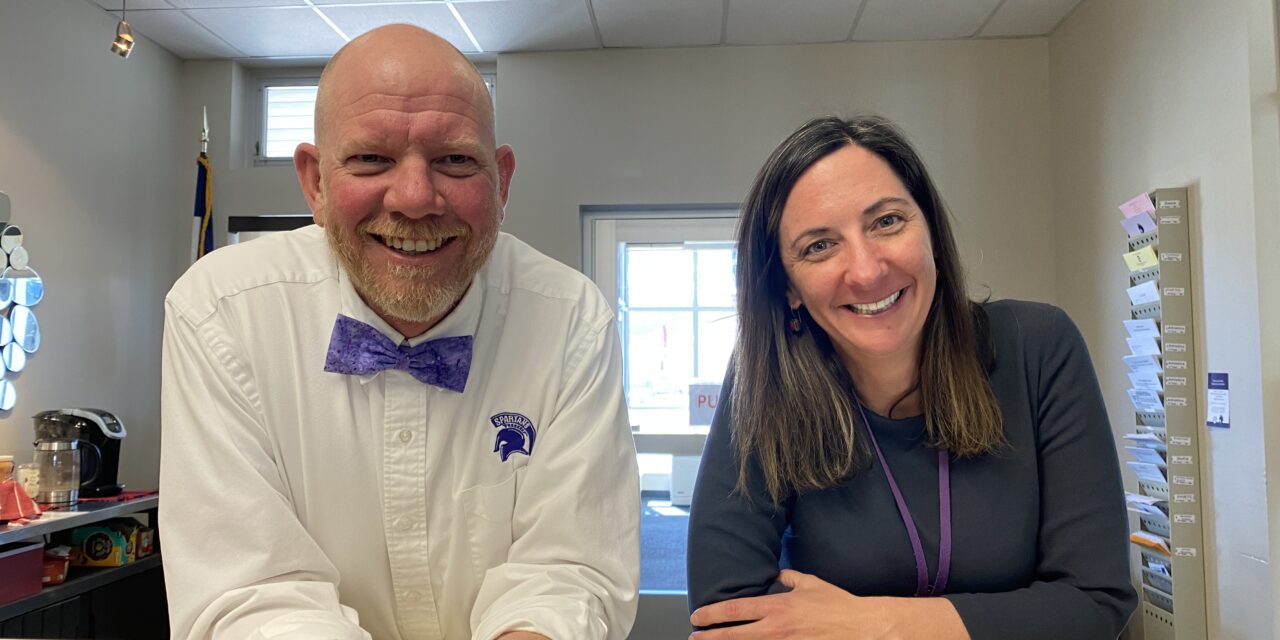 Following the recommendation of Salida School Superintendent David Blackburn to the Salida School Board, Cory Scheffel has been named Interim Principal at SHS through the remainder of the school year.  He replaces former Principal Talmadge Trujillo, who has stepped down as principal in the wake of the controversy stemming from a Sept. 23, 2021 incident at the Salida High School.

At the same time, Darcy Harris, was recommended and approved as Interim Dean of Students at Salida High School.

While the announcements calmed the Salida School District, just this week Blackburn recommended to the school board that Scheffel be tapped to serve as the next principal at Longfellow Elementary School (LES), starting with the ’22-’23 school year. He will transition into that role over the summer.

Current LES Principal Chuck McKenna notified the school district that he planned to retire at the end of the ’21-’22 school year which allowed for a thoughtful process to select the next leader at the Kindergarten-4th grade campus. LES staff were able to share their hopes and vision for the future of the school and review applications for the position. They unanimously recommended Scheffel to lead Longfellow beginning next fall

Scheffel began his journey into school administration in 2019 when he joined Salida High School as the Dean of Students. Prior to that, he taught sixth grade at Salida Middle School for eleven years. His leadership at SHS helped navigate the challenges of the Decker fire in 2019, the COVID pandemic, and has provided stability for the students and staff at in recent months. He became interested in school administration as a way to have an influence on the school community as a whole. His goal for the remainder of the school year is to ensure that students continue to grow and learn, and to support a positive experience in the high school following several challenging years.

Darcy Harris served as an MTSS (Multi-Tiered System of Supports) Facilitator prior to being moved into the Dean of Students position at SHS. She works in public education to support families and to help move each generation forward. Harris first worked with Salida Schools as a long-term substitute in the School to Work Alliance Program in 2011. That experience led her to start teaching the special education Extended School Year Program.

Harris later joined the staff at Salida Middle School as an Interventionist in 2015-2016 and was instrumental in developing a data-driven intervention and enrichment rotations for all students. She comes to her new role already familiar with many staff members and students and believes in the tremendous impact she can have to empower teachers to do their best work.

Scheffel notes that community, families, staff, and students are what make Salida Schools great. “What excites me most is the return of student life and seeing some level of normalcy back in our building,” said Scheffel. “The student section and the support around our basketball team’s run in the playoffs filled me with incredible pride. The quality of our recent drama musical and the community support around it was another instance where I couldn’t help but smile at the fact that we as a community have awesome students who will become incredible members of society.”

He is also excited by the increased offering of college-level courses and adjusting graduation requirements away from a “one-size fits all” model as a way to look to the future for our students and help them chase their dreams.

Scheffel is a Colorado native and has called Salida home for the last 14 years.  His journey in education began in Durango, Colorado where he did his student teaching in a second-grade classroom at Park Elementary.  His first full-time teaching position was at Glenwood Springs Elementary School where he taught fifth grade for seven years.  During this time, he says he yearned for a quieter town closer to family and settled in Salida.  He taught sixth grade at Salida Middle School for eleven years and during that time served as President of the Salida Education Association.

In 2019 he transitioned into the role of Dean of Students at Salida High School.  During this time he helped lead Salida High School through the Decker Fire, and the COVID-19 outbreak.  Throughout his career, Scheffel says that his true passion in education is serving elementary students.  In the 2022-2023 school year, he is excited to have the opportunity to lead Longfellow Elementary School as their new principal and says he’ll continue the standard of excellence that has defined Longfellow Elementary and is excited to become a Longfellow Mountain Lion.

Retiring Principal McKenna started his career in education in 1980 and joined Salida Schools in 2013. In that time, he has served as a principal, interim superintendent, taught kindergarten through 12th grade, was an instructor at Northeastern Junior College, a mental health therapist, and a Trappist monk at St. Benedict’s Monastery. He has lived in Salida since 1998 with his wife, and his daughters attended Salida Schools. He looks forward to the additional time to enjoy the community and all of the outdoor fun it offers.

The School Board will have the opportunity to formally accept the recommendation of Scheffel as the new LES principal at the April 12 regular meeting of the board.