Call it Parks & Recreation Take-Two. The Salida Parks and Recreation, Department has set the second community input meeting for the Parks, Recreation, Open Space and Trails (PROST) Master Plan from 4 to 7 p.m. Thursday, July 11 in the SteamPlant Ballroom.

According to the plan’s Project Manager Jamie Sabbach, “it will focus on Centennial and Marvin Parks and what people believe each community park should provide the citizens of and visitors to Salida in the future.” 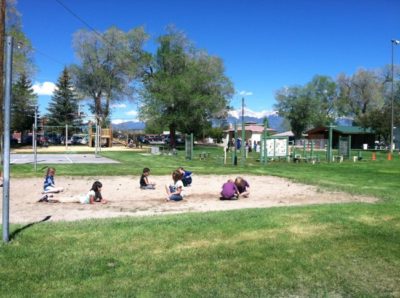 Centennial Park. Photo courtesy of the City of Salida Recreation.

New Parks and Recreation Director, Mike “Diesel” Post introduced the community to the city’s PROST planning process during at the first community gathering on June 25. At that time Salida residents met Sabbach, the president and CEO of 110 Percent Consulting, the group hired to facilitate the city’s new PROST master plan. Both Post and Sabbach stress the importance of community involvement in the master plan process at each phase, explaining that each phase builds on the previous input.

The date for the third community gathering has not yet been announced. There will be opportunities to revisit plan concepts for Centennial and Marvin Parks during community event number four.