It’s the holidays, and we could probably all do with a little peace on earth. But just when it seemed that controversial incidents might be at a pause in Colorado Springs, on Monday attorneys for a Black man who it is alleged was punched and kicked by Colorado Springs Police Department officers have released photos of the man’s injuries.

Attorneys are calling for a criminal investigation and immediate action today following the photo release of Dalvin Gadson, a 29-year-old black man and veteran, after it is reported that he was beaten by officers with the Colorado Springs Police Department (CSPD).

Officers initially pulled Gadson over on October 9, 2022 for one of the oldest of law enforcement reasons: for not having a properly-displayed license tag (which happens to everyone all the time, right?) with his plate in the rear window, but it had apparently fallen down. The incident quickly escalated when additional officers arrived at the scene. Officers claimed to smell Marijuana, which is legal in Colorado, then officers ordered Gadson to exit his vehicle because they were going to detain him for suspicion of DUI.

When the homeless veteran who was living in his car refused to get out of his car, saying he didn’t understand why he was being detained, the officers attempted to force him out, punching him repeatedly in the head and face. The alleged beating continued even after Gadson was out of the car with the officers reportedly punching and kicking him in the head and back.

Gadson received multiple injuries including injuries to his eye, a ruptured eardrum and PTSD. He was charged with two counts of Second Degree Assault on a Police Officer, Resisting Arrest, Obstructing a Peace Officer, Driving Under the Influence and Driving Without License Plates.

Both charges of Second Degree Assault on a Police Officer have been dropped and the DUI charge was dismissed in a DMV hearing on December 7.

Which would seem to leave the examination of whether excessive force charges are warranted. The questions need to be asked: if this had been a white man, or a woman, would officers used the same force? Would a white man gotten a warning about how to secure his license plate? Would a woman who smelled of marijuana been ordered from her car and been charged with a DUI?

The beating follows a number of racially charged incidents in Colorado Springs these past two years, including the city settling a lawsuit after officers assaulted a Black Lives Matter protester and an incident earlier this month where comedian Mark Curry was racially profiled and harassed by security officers at The Mining Exchange. 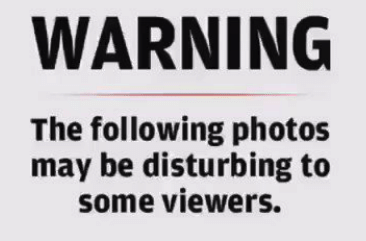