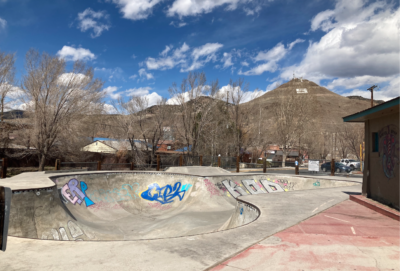 Late Tuesday afternoon, Oct. 26, Chaffee County EMS, Salida Fire Department, and the Salida Police Department were dispatched to First and G Streets in Salida for an accident in the bowl of the downtown skatepark. The caller requested an immediate EMS response and then the call was disconnected.

Due to the proximity of the headquarters with the Arkansas Headwaters Recreation Area (AHRA), staff was able to respond quickly and began CPR with the person who initially called for assistance. Once other first responders arrived on scene, they continued CPR for an additional 10 minutes. Due to the severity of the injury, those on scene were unable to regain a pulse.

A subsequent investigation was started by Salida Police. During the investigation, it was determined that an 18-year-old male from Salida was riding a bicycle in the downtown skatepark bowl. He attempted a maneuver up into the air and fell directly on his head, causing major head trauma. The male was not wearing any safety equipment during the accident. Salida Police are working with the coroner to notify the next of kin.

The Salida Police Department (SPD) and the City of Salida are extending their deepest condolences to the friends and family of the deceased,  saying “Salida is a close-knit community, and we are incredibly saddened by the accident that took the life of a young resident today.”

The SPD confirms that this is an active and open investigation and no additional information will be released at this time. The small downtown skate park was recently replaced with a large skatepark located in the park next to the Salida Aquatic Center, and plans are underway to turn the downtown area of the skate park into a public art space.