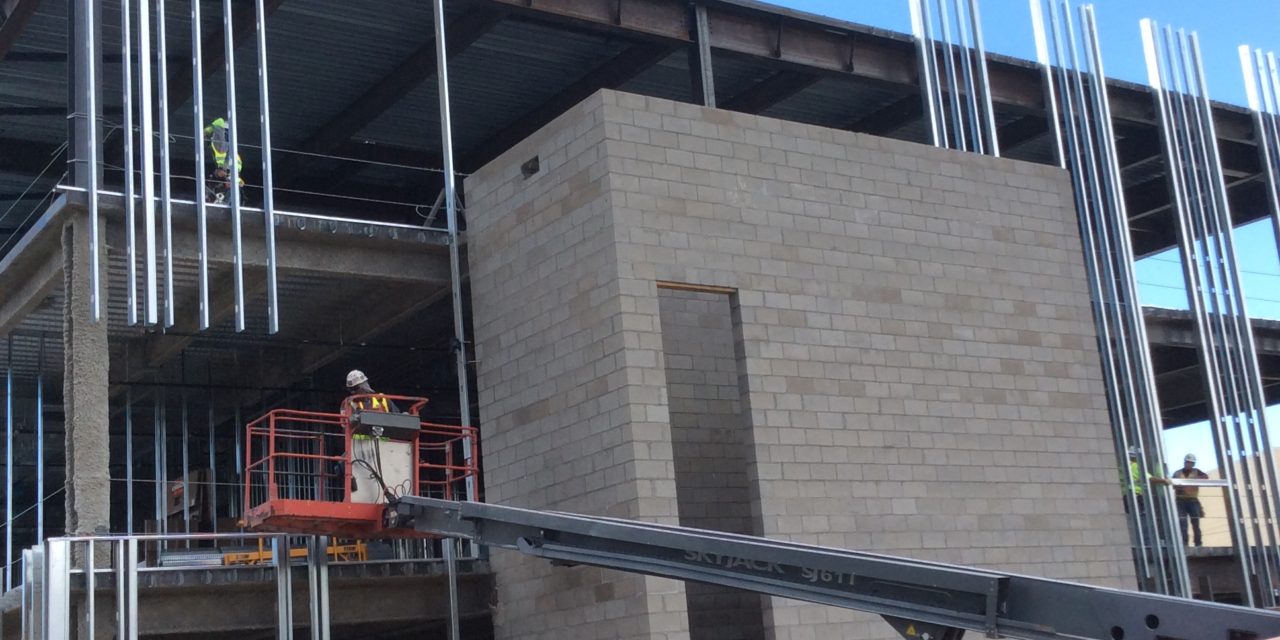 With the rapid escalation in major and minor subdivision applications, and home building occurring in Chaffee County, the county’s Planning and Development Department says that it is in urgent need of upgrading the process systems it uses to manage the workload. Contractors and those waiting to build would likely agree that they wish the county’s Planning Department could work more efficiently. 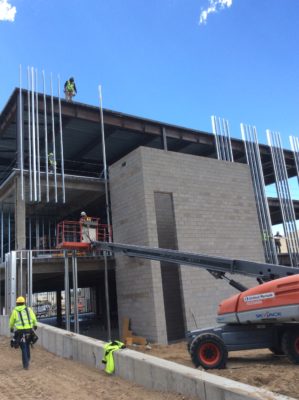 Laborers complete steelwork under the leadership of Colarelli Construction at the expansion of Heart of the Rockies Regional Medical Center in Salida. (Photo Ericka Kastner)

The Planning Department appears to agree. In the latest Chaffee Board of County Commissioner (BoCC) session, Director of Development Services Dan Swallow reviewed the department’s recommendation to set up a software contract with the SmartGov platform. They want to begin the transition before the end of this fiscal year, with much of the setup costs in concert with the 2022 budget year.

“We have no tracking system in the planning department right now,” he explained. “We’re working on spreadsheets. This [software] will allow us to manage our workflow better. New projects will go into the system, get assigned, we can add all the key deadlines; when we have to get [public notice] advertising in and when the meetings on the project are.”

He went on to map the use of the program in the field — something that isn’t possible right now. Everything has to be downloaded and printed, right now. “With this new system, in the office, before you leave, you can check out the files you need and download them to an iPad, so you have access to all of it out on a job site. Say you’re going to St. Elmo and don’t have [Internet] service, but you can use this and have what you need, enter your work on-site, in your iPad, then when you get into cell coverage area, it will automatically sync with the system and update it.

“This will be like taking our Volkswagen and turning it into a Ferrari,” added Swallow.

“All the applications will be submitted electronically in this new system, and it won’t let them forward an application without all the documents being assembled. It will save us tracking time and when we have to redact something, it will do it across all documents and that will save us time too,” said Swallow.

The contract isn’t yet drafted, but the general investment would be a $20,000 setup and then a $10,000/year annual service fee. Swallow pointed out that the software will save significant staff hours that are now spent reimporting information that is handwritten on-site, or has to exist in more than one place with the current system. The SmartGov software will allow all departments that need info to access the same central data center.

“We asked to defer the majority of the costs to the next fiscal year,” said Director of Finance Dan Short. “This is not a budgeted item for 2021, so we’re trying to defer the bulk of costs to 2022.”

Another advantage of the system revealed itself during the BoCC meeting. County Assessor Brenda Mosby weighed in, saying that by moving to this system, the county would also make her Assessor’s Office more efficient. “Being able to access their permits would be a huge deal to us in the assessor’s office… so we want to put out two cents in,” said Mosby. “We want to coordinate with what you’re doing – we love what you’re doing.”

Swallow confirmed that the system can have an unlimited number of users, and that the ability to scale the system is an advantage: “We can purchase whatever modules we want for as many departments or functions as we want … it will improve the communications going forward.”

During the discussion with the BoCC, the code enforcement functionality of the system was pointed out — as a system that may have a larger and longer-term use. Among future use, will be the monitoring and management of the county’s short term rental program (STRs), allowing a one-stop to manage permitting, inspections, and renewals, as well as track STR information – where they are advertising, and the size of visitor groups, versus what they are permitted for.  (At the moment the county is using Lodging Revs)

Also longer term, there is a separate software called People Speaks, that can link to this project software that will allow for public comment to be uploaded to one central location that the public, the BoCC, and the Planning Department can all access.

The BoCC did have questions, asking for more certainty on the cost of the contract (which isn’t negotiated) whether there are programming charges, or upgrade costs, or if it will cost more than the contract to get all the old data moved from the old system to the new one.

Swallow said that the Planning Department still needed to sit down with the Assessor’s Office to go over their needs in detail, and Asst. County Attorney Daniel Tom indicated there were five to six items that need to be ironed out in the contract, including the need for clarity on how many days Chaffee County will get to port the old data into the new system.

The BoCC indicated they are generally in favor of the software investment, but chose to continue the topic to their next regular BoCC meeting to iron out the final contract terms.