Working for one of Colorado’s oldest family foundations, we heard panic from our community lending partners as the COVID-19 pandemic began forcing closures: The smallest local businesses — the ones without bankers on speed dial, many nonprofits, and those owned by minorities, women, veterans, immigrants — were falling through the cracks.

These businesses are the cornerstones of Main Street. Yet as the first round of $349 billion in federal Paycheck Protection Program (PPP) loans ran dry in just two weeks, we were meeting with state officials and fellow funders to sound the alarm that these businesses were being overlooked, and exploring how we might develop Colorado solutions that would address their needs.

The Energize Colorado Gap Fund is one result — starting in early August, Colorado’s sole proprietors, businesses, and nonprofits with fewer than 25 full-time employees can apply for grants of up to $15,000 and loans of up to $20,000, for a combined maximum of $35,000 in financial assistance. Priority will be given to rural businesses and those owned by women, veterans and/or BIPOC (Black, Indigenous, and People of Color). The Fund is designed to keep low-cost capital flowing in communities across Colorado as federal stimulus programs like the PPP wind down.

It’s true, the August 8 deadline for PPP applications is fast approaching and many traditional banks have stopped accepting applications. Yet Colorado’s three SBA-approved nonprofit lenders – DreamSpring, Colorado Enterprise Fund, and Colorado Lending Source – still have money in the bank and stand ready with Zoom windows open to serve the state’s smallest and most vulnerable businesses – and position them to rebuild in the new COVID-19 environment.

Since April, these three nonprofit lenders have made PPP loans to 1,593 small local businesses, totaling more than $45 million and protecting the jobs of more than 6,850 Coloradans. More than half of these businesses are minority-, women-, or veteran-owned, and the average size of the loans is less than $30,000. The loans are completely forgivable, if certain parameters such as employee retention are met. 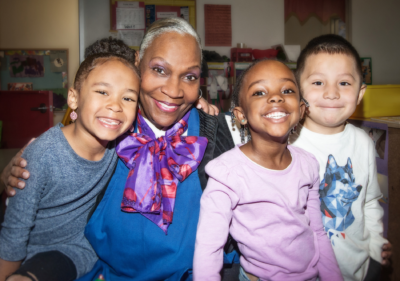 Early Success Academy, an early learning center in Denver’s Montbello neighborhood, is just one example of how previously overlooked businesses are now gaining access to the PPP program. Owner Diana Gadison came to Colorado Enterprise Fund for help, after her first PPP application submitted through a mainstream bank was denied. “Because of their swift action and personally helping us navigate through the complex government requirements, we now have the funds to re-open in 30 days with all nine employees still on board,” Gadison told us. “The rent will be paid, and health insurance is intact with no interruption in benefits..”

Gadison’s story is not uncommon across Colorado. Kelly Watters, a co-founder of Western Rise, an apparel manufacturer based in Telluride, was turned away from seven different lenders before securing a PPP loan through Colorado Lending Source. A PPP loan from DreamSpring helped Lisa and David Jacobson of Gunnison not only keep 20 employees on the payroll at their 16-year-old family restaurant, The Gunnisack, but also pay them about 25 percent extra during closure. In a town with just 6,500 residents, that makes a difference.

For those of us who are frustrated by the institutional inequities that plague our state’s BIPOC communities and underserved business owners, it is gratifying that Colorado’s nonprofit lenders have been able to help so many. Behind the scenes, this took some wrangling — including direct commitments of capital and a creative bit of financing supported by multiple local foundations, the State of Colorado and FirstBank Colorado.

It shouldn’t be this hard. If women, people of color, and veteran-owned businesses had equitable access to capital across the board, creative interventions like these wouldn’t be needed. But what we learned was also important: When we work together with a shared mission to better serve our state’s overlooked but strong small business owners, we can help make sure support gets to the right places.

We salute Colorado’s nonprofit lenders for their overwhelming responsiveness, and encourage Colorado’s small business owners to contact them to take advantage of the federal PPP program by August 8 — and to apply for grants and support through the Energize Colorado Gap Fund in early August.