The Heart of the Rockies Regional Medical Center Board March 26, approved establishing its own in-house pharmacy for patients utilizing services at the expanded facility as well as benefiting hospital employees. Vice president of fiscal services Lesley Fagerberg, outlined the development idea and the feasibility for an in-house pharmacy.

As the new hospital outpatient pavilion was being planned, she said, “we envisioned that a retail pharmacy would be a great attribute to all of our patients, visitors, who come to this campus for any reason … it seemed to be the right fit for a possible outpatient pharmacy space,” she added. 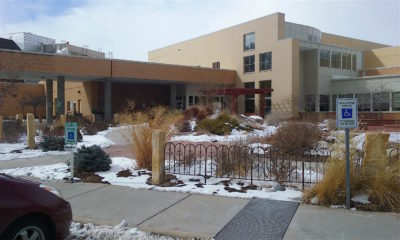 After months of researching possibilities and options for an existing retail pharmacy partner, nothing materialized that seem to be a recipe for success, she said. So realizing there was “internal passion, expertise and experience” in the retail pharmacy area with hospital pharmacists, it was decided a service line could be grown in-house.

Asked how the pharmacy would compete with purchasing against larger providers, Fagerberg said the hospital has primary vendors, purchasing contracts that enable getting better pricing, contracts with other existing pharmacies and other advantages, allowing the in-house pharmacy to be competitive for patients as well as offer cost incentives for hospital employees.

The board voted unanimously for the establishment of the pharmacy, with a timeline depending on licensing requirements. Initial cost estimates include a start-up and initial stock costs totaling about $135,000.

The hospital’s report said that a three-inch water main provided about half the gallon-per-minute rate deemed necessary, causing pressure loss to patient critical facilities and equipment from showers to dialysis machines and sterilizers.

To resolve the issue, an emergency capital request was approved last fall for a six-inch line, but engineering fees and construction costs exceeded the original estimates (a not-to-exceed $400,000, including the tap fee). An additional amount of nearly $200,000 including piping and pumps, was approved, bringing the cost to resolve the water pressure issue to $600,000.

In other action, the board also reviewed an independent auditor’s report on medical center operations provided by BKD LLP, CPA.

A management summary of the financial report noted the continued success of the facility, noting the addition of several physicians to existing services, including rural health, internal medicine and neurology clinics, the opening of the allergy and audiology clinics, with the hiring of two additional providers.

The dialysis clinic, opened in 2017, has seen continued patient volume growth and the pursuit of certification for additional services.

Costs for charity care for the center in 2018 are $313,000 and $148,000 in 2017. It was noted that applications for charitable assistance have been significantly reduced by the Medicaid expansion under the Affordable Care Act (ACA).

The foundation received grants from Colorado Grand Inc., and the Division of Local Affairs (DOLA) of $5,000 for 2018 and $1,682 in 2017 to partially fund emergency preparedness activities and purchase of a new CT scanner.

The management summary also noted the continuing impact of healthcare legislation at the national and state levels as contributing factors to its financial risk. These include repeal or changes to the Patient Protection and Affordable Care Act (PPACA), implementation of a single payer system in Colorado as well as reductions in reimbursement to fund a statewide reinsurance program to lower individual market premiums, ongoing sequestered federal payment reductions, physician and staff recruitment and retention, the high cost of housing and below average income trends within the center’s service area.

Debt for the medical center in terms of notes and bonds for 2018 was at $31.6 million compared with $22.5 million for 2017, reflecting financing of $10 million in October of 2018 to replenish cash reserves being spent on the major expansion of its outpatient pavilion, laboratory and parking that began in mid-2017.