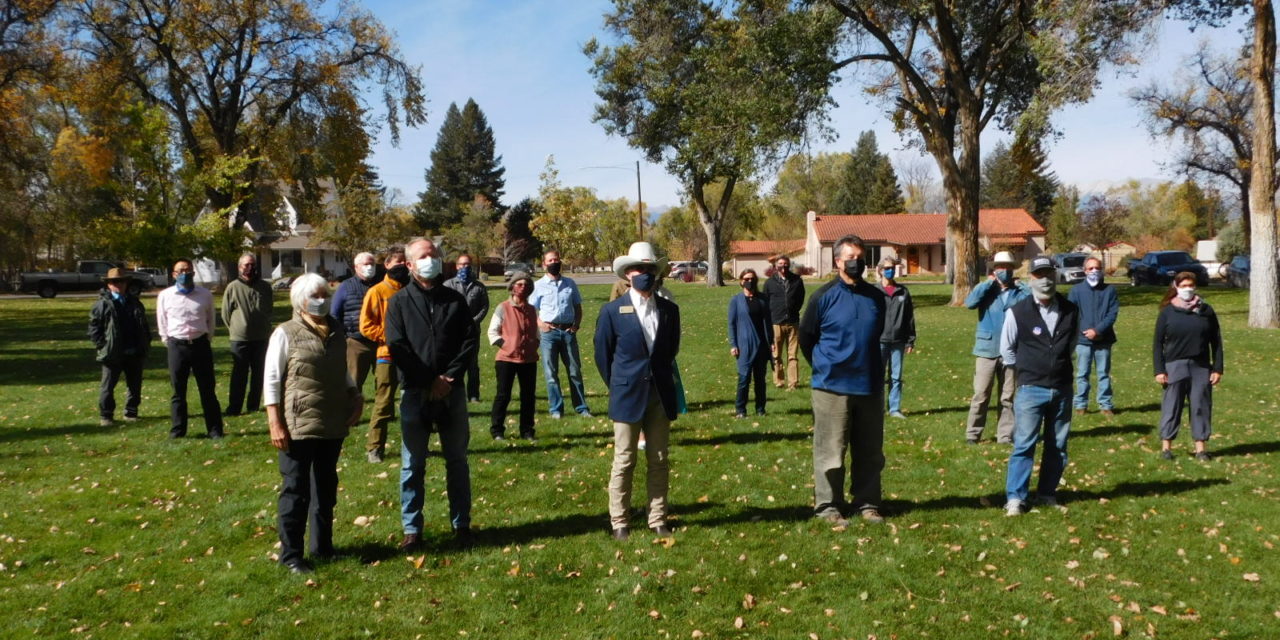 A socially distanced and masked group, many of whom have worked on the project, gathered at Salida’s Thonhoff Park to witness the noon ceremony. Salida Mayor P.T. Wood, Buena Vista Mayor Pro Tem Libby Fay, and Chaffee County Commissioner Greg Felt were at the signing table to represent the three entities that comprise the authority.

While the effort began as an effort across all county governmental entities, Poncha Springs decided to opt-out of the agreement on Sept. 28. Officials have made it clear that the door is open for new members in the future – including Poncha Springs and possibly Lake County/Leadville.

Calling the event a “major milestone,” Commissioner Keith Baker emphasized that the authority will be able to accomplish significantly more than the county or municipalities would be able to do on their own.

The group also thanked Chaffee County Director of Housing Becky Gray, who has been instrumental in the process but who was unable to attend the ceremony.

The authority will focus on protecting and expanding Chaffee workforce and affordable housing. A 2016 needs assessment determined that the county would need 270 units of affordable housing each year for 10 years to catch up with its housing demand.

From that point in early 2016, leaders convened a group known as the Housing Policy Advisory Committee (HPAC) which included county and municipal representatives, and community members with interests in housing security. This group met regularly to examine data and chart action steps, to include creating the Office of Housing.

It also identified the need for a multijurisdictional housing authority (MJHA), which could seek outside funding, grants, tax credits, and more, to support the creation of workforce housing. The Office of Housing came first; mutually funded by the county and with representative financial support from the three municipalities.

Thursday marked the official start of the Chaffee Housing Authority. “I’m really excited to be up here today,” Wood said. “This is something I talked about when I was running for mayor… and this is the thing I’m most proud of.”