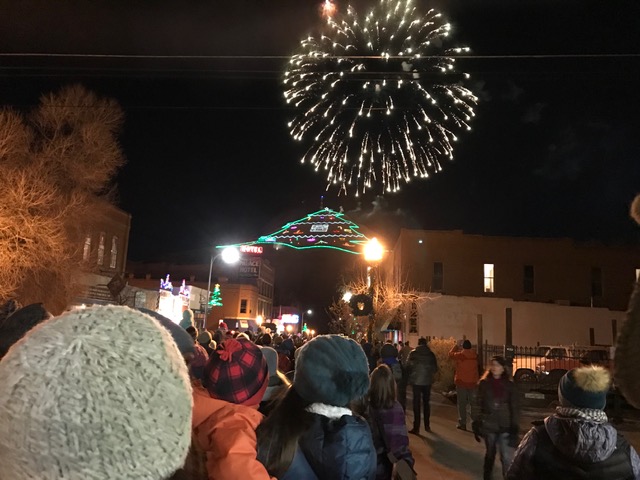 The Parade of Lights, Salida’s after-Thanksgiving tradition is set for Friday, Nov. 29, beginning at 6 p.m. This year’s theme “Let it Snow” is undoubtedly appropriate after the early snow experienced across the Upper Arkansas Valley has blanketed the area. As another winter storm moves into the area, warm clothing for parade-goers is probably advised.

The primary sponsor of this year’s parade put on by the Salida Business Alliance is Monarch Mountain. Their role as grand marshal coincides with the resort’s celebration of its 80th year as a ski area. The hometown event includes dozens of lighted floats by area businesses, marching groups, decorated vehicles, and animals. It concludes with the arrival of Santa Claus in his sleigh.

The parade is just part of the activities that have seen Salida dubbed “Christmas Town USA.” For those who haven’t ever experienced it, a community fundraiser runs from 4 to 6 p.m. in the Community Center, 305 F St. and the Salida Rotary Club will be handing out hot chocolate and cider in their traditional spot at Second and F Street.

The parade along F Street. concludes with the lighting of S Mountain with its Christmas lights, formally renaming it “Christmas Mountain USA” for the holiday season, topped off with fireworks. A grand gallery of Christmas Trees, each sponsored by a local business, leads the public into Riverside (aka Holiday) Park.

A decision was made by the Salida Business Alliance not to allow floats to throw out candy to children during the parade this year. This is due to safety concerns of children darting out onto the street from between parked cars, which has happened in prior years.