PfCA’s April Community Movie is for the Birds

Partnership for Community Action (PfCA) has chosen Birders for their Community Movie for the month of April. The film is a Netflix documentary from 2019 about birdwatchers on both sides of the U.S.-Mexico border and their shared enthusiasm for protecting and preserving some of the world’s most beautiful bird species. 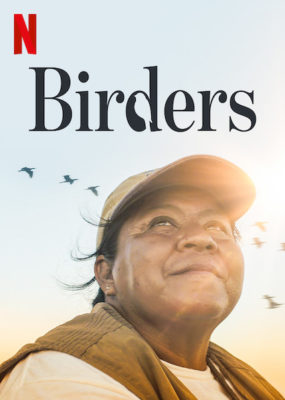 Directed by Otilia Portillo Padua, the film depicts avian enthusiasts on both sides and how migrant birds travel back and forth over the border each year. Padua features birders, guides and monitors ranging from South Texas to Veracruz, Mexico. The freedom of movement that flying provides birds appears stark in contrast to the reality that humans face at borders around the world. Birders evokes the underlying tensions surrounding the U.S.-Mexico boundary throughout the film while keeping the narrative focused on nature and conservation.

The documentary is 37 minutes long, and stirs up concerns about environmental stewardship in the face of relentless human activity while also pointing out how humans, just like birds, migrate in search of abundance and safety.

A community-wide discussion of the film will be conducted via Zoom on Earth Day, starting at 6:00 p.m. April 22. Facilitating this month’s discussion will be Rosemary Schiano, a wildlife field biologist, tracker, researcher, and educator working along the U.S.-Mexico border, who has tracked and studied every terrestrial and avian predator species in North America over the course of her life. For more information on the Community Movie program, or to join the discussion, click here.