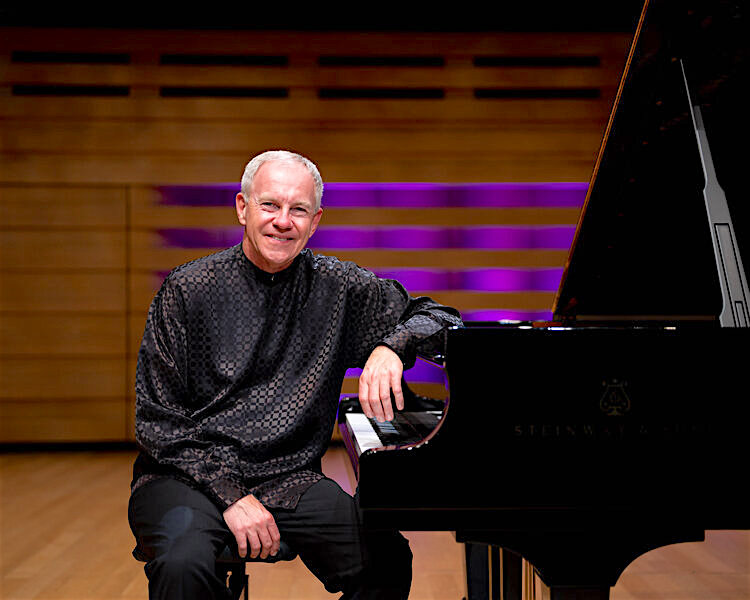 Salida Aspen Concerts opens its 46th season on Saturday, July 9 with a performance by concert pianist Anton Nel to be presented at the Salida High School Auditorium at 7:00 p.m. Tickets may be purchased at the door ($25) or online.

Nel is the 1987 winner of the acclaimed Naumburg  International Piano Competition. He continues to tour internationally as a recitalist, concerto soloist and chamber musician. In the summers he is on the artist faculty at the Aspen Music Festival and School (Aspen, CO) as well as the Steans Institute at the Ravinia Festival (Highland Park, Ill).

Nel was born and raised in Johannesburg, South Africa and began his piano studies at age ten with his mother as his teacher. He made an auspicious debut at the age of 12 with Beethoven’s C Major Concerto after only two years of study and captured first prizes in all the major South African competitions while still in his teens.

After obtaining his undergraduate degree in South Africa, he came to the United States where he obtained both a Masters and Doctor of Musical Arts Degree. He has continued to win awards and accolades throughout his career. As a recitalist, he has appeared at Carnegie Hall, Lincoln Center, the Metropolitan Museum, the Library of Congress, and in major concert halls in Canada, England, France, Holland, Japan, Korea, China, and South Africa. He continues to teach alongside his performance schedule.

Salida Concerts has collaborated with the Aspen Music Festival for 46 years and provides six performances of quality music for the enjoyment of the people of the Arkansas Valley. It is one of Salida’s longest-running traditions. Salida Concerts provides the venue and audience and Aspen brings in a variety of world-famous musicians.

Salida Concerts is pleased to offer free admission to school children (ages K-12) that are accompanied by an adult (who will be able to purchase their ticket for half price) for all of its concerts and is able to offer its concerts at affordable ticket prices for all, through the generous support of advertisers and sponsors in the community.