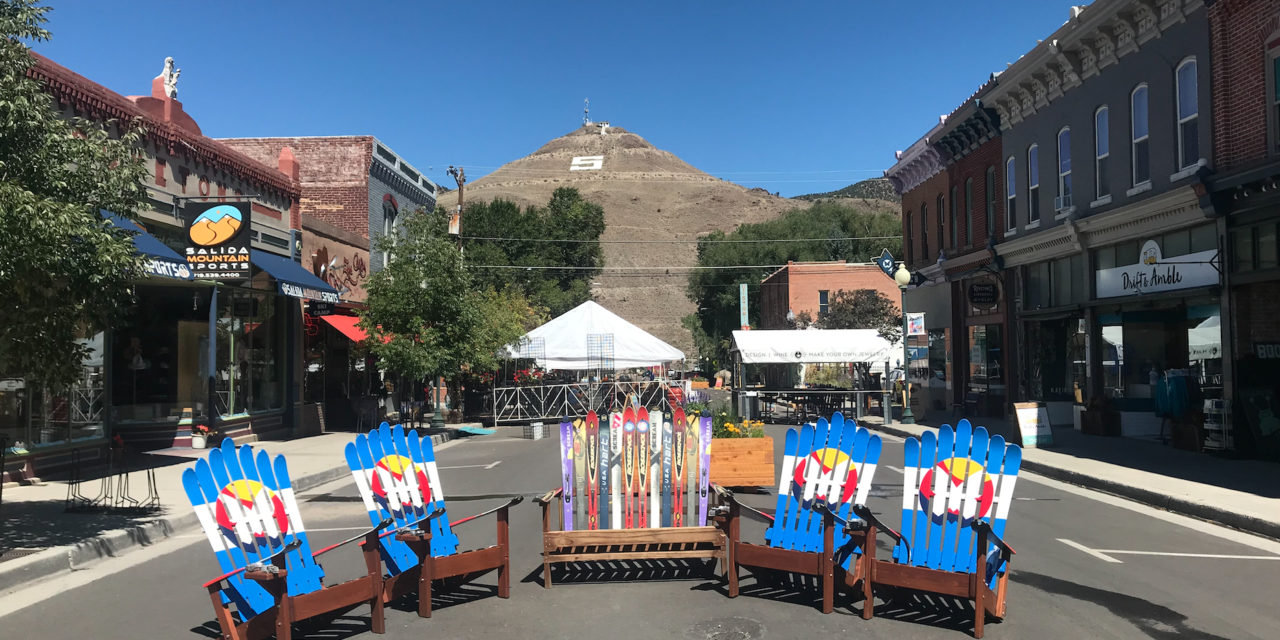 On Feb. 18, the Salida Business Alliance discussed ideas for opening up certain blocks of F Street to pedestrians and allowing local restaurants and other businesses to utilize the extra space.  Last summer, a space of F St. from First to Second St.  and North F to First Street was closed off, as a way to accommodate occupancy during COVID-19.

All businesses owners who attended the meeting were in support of routing traffic around the area and making it pedestrian, pet and family-friendly.  They also hope to possibly expand it southward from Second to Third Streets. This might allow room to set up casual dining areas or possibly even host live music during the day, adding to the mix.

As previously reported by Ark Valley Voice, the City of Salida received a Revitalizing Main Street Grant from CDOT of $50,000. The grant was used to purchase trash cans, recycling bins and pergolas for F Street to provide shelter and a means of keeping downtown clean. The new trash cans are animal-proof and will be wrapped in historic pictures of Salida, then placed on F Street and in Riverside Park.

Some business owners expressed concern about the trash that a number of tourists left in their sidewalk planters during the summer of 2020. Others wanted to make sure all businesses downtown are fairly represented in marketing.

The idea of creating a map of downtown, whether a coated map on a picnic table or signs with a QR code, might prevent waste from traditional paper handouts. This could help businesses who are not in the main F Street core also benefit from restricting the blocks to pedestrians, cyclists, scooters and boarders, etc.

The issue of traffic control was brought up. The installation of more positive directional signs was suggested so tourists can easily find major parking lots or other perimeter parking, then make a day of it.

Signage and barriers at the mid-block cross alleys at E, F, and G Streets are also being thought through to allow for UPS, FedEx, and commercial vehicles to service restaurants and businesses while helping with pedestrian safety. The city plans to designate a ten-foot-wide area down the middle of the blocks especially for foot traffic and to allow for more of a safe flow.

The City, along with SBA, is brainstorming ideas for a name for the project that might evoke a friendly, colorful, yet laid-back gathering place, incorporating the “brand” of small-town hospitality that “Salida Style” is known for. This is just the beginning of an ongoing conversation between the city, public and local business owners of what the desired image and vibe might be.

Featured image: Chairs set up over the 2020 summer season on F Street for public use. Picture by Brooke Gilmore.