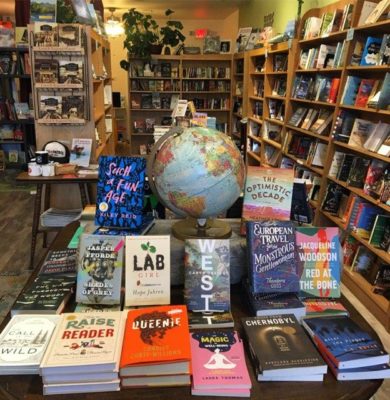 The Book Haven is now on its fourth owner, with previous owners of the Book Haven that included Haven Stillwater followed by sisters Lisa Marvel and Laura Marvel-Wunderlich. Following the Marvel sister’s ownership, the Book Haven switched hands to Jessie and Josh Smith in April of 2018. The Smiths moved the business to 109 North F St. after finding themselves in a space bind, searching for a new spot that could also house their letterpress business.

Cameron shared the moment when the prospect of owning the Book Haven arrived. “The opportunity presented itself just before Thanksgiving, late last year. We began talking about it with Jessie. We worked on it for a few months and really began at the beginning of the year.”

When asked what will remains at the heart of the bookstore and what will not change, Cameron replied, “What hasn’t changed is that it is Salida’s bookstore and that people rely on it, count on it and want it to be here because they really want to have a place like this here.”

He continued, “Everyone that has owned it has had the opportunity to bring their own tastes or flavor to it and their own vision. One thing I want to do similar, is to keep the name for now and the expectation of the Book Haven as a place to find some books.”

He shared that he plans to incorporate more used books in the inventory at The Book Haven, and more books that are oriented towards the Salida area and outdoors. The Book Haven continues to have a website where shoppers can buy books through their online system. However, the store used to provide in-store pickup as an option and Cameron has discontinued that offer. 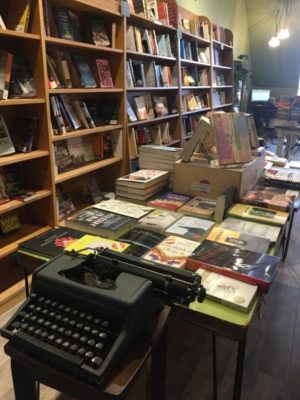 Cameron shared his goals for the new bookstore business, “I want to be an anchor of authenticity in a world that is so much online and digital. Having a place where people can come to browse books and engage in a little bit more of the community of books in literature, print, and magazines.” In addition to including a broader range of books, Cameron intends to include more notebooks, maps and art supplies in the store.

“I have plans to start a weekly Thursday night event, depending on which week of the month it is; ranging from a poetry night, a writer’s group, or kid’s story time are three things I am thinking about right now,” said Cameron.

He continued, “Other things I am thinking of include a book club with the bookstore, and a bigger goal would be to have an author in each month to talk about their book. Doing more things like that to get people involved with active writing, active reading and everything that comes along with that.”

“It gives people things to talk about and to relate to. When you think about with books, there’s a bunch of books because there are a lot of tastes and a lot of different interests. But a bookstore is a place where people can share those tastes and interests together,” said Cameron.

With a degree in English from Texas State University, Cameron has had the opportunity to do freelance writing, writing stories for The Mountain Gazette, working as a staff reporter at The Mountain Mail and writing a book. Cameron’s book was released in 2018 and is titled Ski Patrol in Colorado: Images of Modern America. Cameron is currently working on a second book right now, about the 10th Mountain Division.