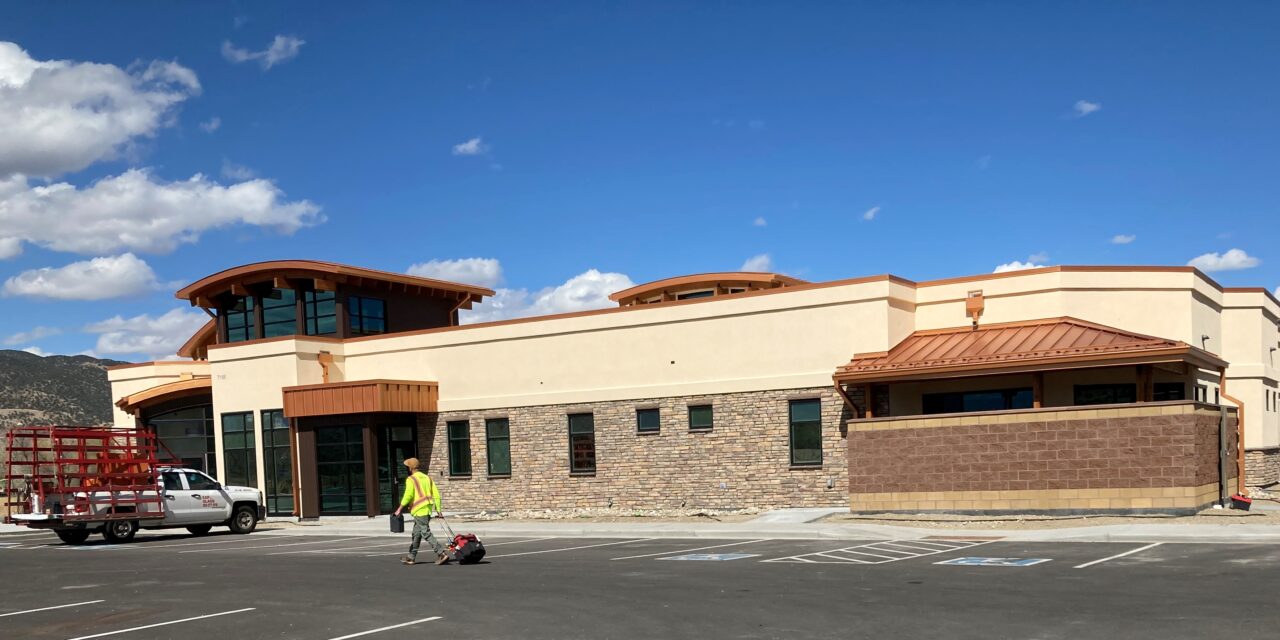 Exactly one year to the day that the groundbreaking shovels went into the ground, on May 5, 2022 the new Solvista Regional Assessment Center (RAC) opened its doors on the campus of the Heart of the Rockies Regional Medical Center in Salida. Not that it is “open” yet — but that dozens of those who worked to make the regional facility a reality, and those who will have a hand in running the newest facility of its kind in Colorado, were given a look at the state-of-the-art center that will shortly begin to welcome its first clients. 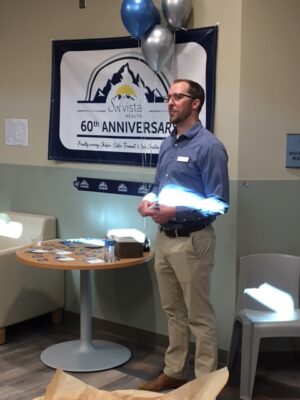 “This is unprecedented,” said Solvista Health CEO Brian Turner, speaking to a room full of attendees there to tour the facility on Thursday, May 5. “For this to become a reality, it took facing some uncomfortable truths about what wasn’t happening in our communities. This is the result of a spirit of relentless planning. Frankly,” he added, “this doesn’t happen if our local health agencies don’t assess and define that behavioral health access is needed, or sit back and wait for someone else to do it.”

He paused and added something that won wide applause; “This doesn’t happen if we expect Denver to solve our rural challenges.”

The new center is truly regional; addressing its formal service area of Chaffee, Custer, Fremont, and Lake counties, as well as a separate agreement with Park County. In the works for nearly a decade, the achievement of this new behavioral health assessment center is coming online as Solvista Health is celebrating 60 years as a provider in its service area. Like so many rural Colorado counties, the Solvista service area has a growing behavioral health challenge.

The size of the challenge was defined recently by Colorado Attorney General Phil Weiser: “More people have died in the United States of drug overdoses — mostly opioids — than died in the Vietnam War and the Iraqi War, combined.”

In fact, according to the Centers for Disease Control (CDC) the state of Colorado ranks fifth highest in the country for suicide rates.

The new RAC will offer 24/7 walk-in services and longer-term acute care. Its two main treatment areas focus on addiction and mental health. Solvista says it has carefully researched several evidence-based programs and service models to develop not just its programs, but the actual layout of the facility. The spaces are crowned by high ceilings and with a feeling of light and space. It is calm, and quiet. Each of the treatment areas has its own private outside spaces.

Turner introduced the new Behavioral Health Commissioner for the State of Colorado Dr. Morgan Medlock reminding the audience “You may know that I served on the Governor’s Behavioral Health Task Force and we recommended a single state agency and I’m proud to introduce our new administrator.”

As the leader of the state’s Behavioral Health Administration (BHA) a member of the governor’s cabinet, Medlock noted the purpose behind the state’s renewed and expanded emphasis on behavioral health. It has to do with increasing access to care.

” The BHA isn’t even launched yet, and we’re seeing this growing need,” said Medlock, who describes herself as a psychiatrist first, and an administrator second, in her remarks during the RAC Grand Opening. She pointed out that her emphasis will be on access. “People shouldn’t have to go through different doors.  This is a people-first approach. People come first. My hope is that this will be a center of hope and recovery.” 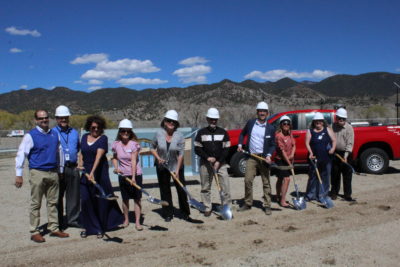 The Solvista Health Board of Directors broke ground on the Regional Assessment Center in Salida, CO, on May 6,2021. Almost exactly a year later it held its grand opening. Photo by Hannah Harn.

As Ark Valley Voice has covered in previous articles, Solvista Health has a 13,000 square mile service area; and it’s a rugged landscape. It offers at least 22 behavioral health program areas with 180 employees.

As one of the 17 Colorado behavioral health regional providers that cover the state of Colorado, Solvista is neither the largest nor the smallest provider. It maintains six offices (two of them in Cañon City) one in Westcliffe, two in Chaffee County (in BV and Salida), another in Leadville, and now the RAC.

Turner pointed out that the strongest assets in turning the RAC concept into a reality have been the extensive collaboration efforts across organizations and community assets and resources.

That collaboration begins with the Region 13 Substance Abuse Regional Coalition (SARC) but it doesn’t stop there. It has included regional hospitals and healthcare providers, local government agencies and the boards of county commissioners across all five counties. The coalition included housing and homelessness coalitions and several recovery organizations, as well as community nonprofits and advocacy groups..

“There are so many organizations to recognize,” said Turner, naming Sunflower Bank for its capital support, the builder, and the construction client representative.  The NAMI chapters (National Association of Mental Illness)  and the county letters of support for the grant requests. “The Small Business Development Center supported this. Every single Rotary Club had us on the program for a presentation. Every single law enforcement entity gave us letters of support — even the Westcliffe Posse — I didn’t know there was such a thing.”

Turner credited the timing of the agreements with holding down the cost of construction during a critical timeframe. “It’s a $6.2 million project but is a $7.5 million building due to decisions made just before the pandemic,” explained Turner. “We hired the architecture firm in January 2020 and we know what happened in March 2020.”

Speaking after the formal remarks, Turner added “We have a very clear understanding that in southern Colorado, individuals who have been struggling with their mental health or their substance abuse have been both underserved and marginalized. These people are our people — family, friends, co-workers — we’re all impacted by what happens to them. So this new Regional Assessment Center is intended to make help accessible. Where we put people first.”

The effort does not come too soon for the rural youth of our region, or Colorado. The state has seen a rise in student stress, substance abuse, behavioral health issues, and the past two years of COVID-19 pandemic has not helped the situation.

Youth suicide, nationwide and in Colorado, has been rising for years. According to a June 24, 2021 story in The Coloradoan, the number of kids aged 10-19 who died by suicide in Colorado more than doubled from 2007 to 2020, according to state data. In 2019, 17.5 percent of students in Colorado said they had seriously considered suicide in the past year, according to the state’s biannual Healthy Kids survey. In fact, the leadership at Children’s Hospital Colorado recently declared that the state is in a pediatric mental health crisis.

The hope is that the new Solvista RAC can help stem the tide of concern for all ages, youth through adult, for the rural territory it is here to serve.