The invasion of the spruce beetle has decimated millions of acres of federal forest land, impacting forest health and increasing wildfire danger. So when Monarch Ski Resort planned a project to mitigate the dead timber around their resort, not only was the clearing strategy a welcome announcement, but the use of sophisticated equipment on such steep slopes is a new approach.

A crew from Miller Timber completed cutting operations on Monarch’s slopes of dead standing lumber that had been impacted by spruce beetles. The detour and closure have been removed and the normal Continental Divide National Scenic Trail (CDNST/CT) route through the ski area is open.

The crew used specialized Ponsse machines made in Finland; two specific pieces of equipment for this project. One is called a harvester and the other is a forwarder. Both machines can utilize a winch assist system to climb and descend steep terrain that normal machines could not access. 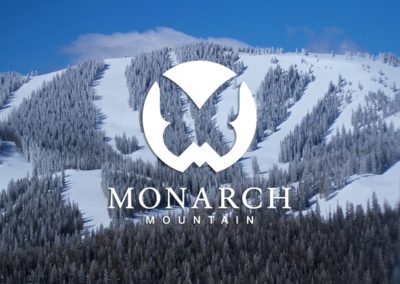 The harvester machine is able to fell the tree, remove the branches and cut the tree into 18′ lengths. The harvester also controls the felling direction of the tree, helping to minimize damage to adjacent green trees.

The forwarder then loads the logs with a grapple into a self-contained bunk. Once loaded, the forwarder can deliver the timber to a deck site further down the mountain where a logging truck can be loaded to haul the timber to market.

The forwarder minimizes impacts to soils and vegetation by carrying the logs off the ground, unlike a traditional skidder that drags the logs over the surface to the deck site.

There are still some timber decks located further east, adjacent to Old Monarch Pass that will be hauled away over the next week or two.  These are not directly adjacent to the trail and should have no effect on hikers using the trail.