Citizens of Chaffee County, my name is Jim Thompson, former Chaffee County commissioner, 1993-2005, and I rarely submit letters of endorsement. But I find it necessary to do so in regards to the coroner race.

The coroner is an integral part of our county government, and there is much knowledge needed in performing this particular job. The coroner’s office requires space to keep and maintain records of the people they take care of, everyday services and even maintenance records of equipment and so forth.

The coroner’s office is already on the third floor at the courthouse. Contrary to some claims, the records the coroner keeps are not at the funeral home. The other office that the coroner has involves a special cooler unit that is used to take care of folks, pending being taken for an autopsy or picked up by a funeral home, etc. These units are very expensive, require regular maintenance and also use electricity to keep them going 24/7.

Over a period of say 20 years that would be a $7,200 savings that the county is able to use for other benefits of services to you.

Think about this: what business would be most knowledgeable to house and maintain these cooler units best other than a funeral home? Mr. Slavish has stated that he would like the coroner’s office to be in a county office along with the county coroner’s equipment. That would include the large cooler units.

In order for that to happen, the county would have to build a county morgue. Good citizens of Chaffee County, please think hard about how much that would cost each of you to have that done. The unit has been in the same location for over 20 years and has not been a problem there and has never caused a conflict of interest.

Education: Jeff Graf has 16 years of experience and the certifications to continue as your coroner from the get-go. He will not need to go to school to get the education that is needed because he already has it. In order to prepare a person with no coroner experience, you are looking at costs that you, the taxpayer, would have to pay.

Those monies take away from other services because they will have to come from somewhere. In doing some checking, I learned there are two parts to completing the course needed to attain the education to serve as coroner. In obtaining some ballpark estimates, it would roughly cost the county $5,000 to get a new uncertified, unqualified coroner ready to take on the job. Mr. Slavish has stated that Jeff has a conflict of interest in that he is currently deputy coroner and works at a funeral home.

When the complete statute that Mr. Slavish is referring to is read, there is no conflict of interest. The conflict would be if Jeff were trying to sell funeral home services to a family who the coroner is investigating to determine cause of death.

I have also read about the concern of no “disaster plan” in place. Chaffee County does have a mass disaster plan that the coroner’s office is involved in. Jeff is serving on the Colorado Coroner assist team. The team is such that coroners from around the state will come in to assist a local coroner in situations where they need the help, i.e., a mass disaster type situation.

We are fortunate that that type of preparedness is already in place. Jeff can even request Disaster Mortuary Operational Response Teams where, in very large scale disasters, additional cooler units and so forth are provided, along with help from other qualified, certified coroners.

It is so obvious that Jeff has the best interest of the county as his first priority in the position of coroner by having a disaster plan in place and ready to go if needed. Jeff has over his 16 years in the coroner profession and has built relationships with people in the profession and its various branches.

When an autopsy is needed, he is able to contact those that are to do them, get the individual transported, provide the information of the family and so forth so that a smooth transition in a very difficult situation can be done. It truly takes great organization, knowledge, relationship building and, above all, compassion to perform this gratifying yet emotional job.

Why should Chaffee County spend money on building a new location for a coroner’s office, training to get the certification for coroner and so forth? Do you want your tax dollars to go to get a coroner ready to do the job or would you prefer to spend no additional tax dollars and keep a well-qualified, compassionate person such as Jeff Graf as your Chaffee County coroner? Jeff Graf is where it’s at for Coroner. 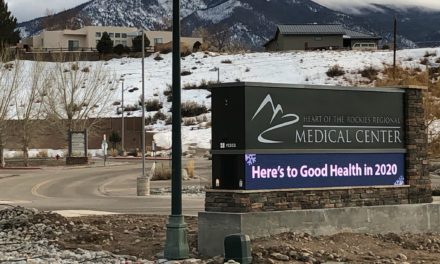 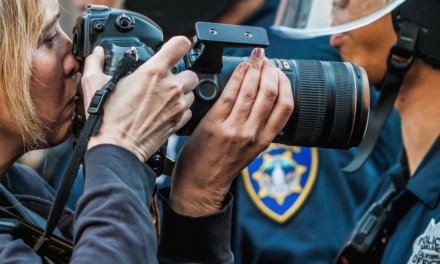 Our Voice: Roadtrips across America, Fields of Corn and Threats to Democracy

Letter to the Editor: In support of Kerry Donovan

Letter to the Editor: A proclamation to deny Nestlé Permit