Letter to the Editor: We all want the best candidate

Politicians come and go, and what is left in the wake of those who are ineffective is a general relief that their term has ended. We find these folks were simply interested in holding office and having status. They took up valuable real estate, were too agreeable when their need to be popular outweighed doing what was necessary, and they accomplished little.

As taxpayers we have the ultimate responsibility of selecting government officials who assume positions of power and influence. Once a candidate takes office, we want them to take care of common resources and impact societal issues – these are the most basic expectations of a citizenry. Yet the reality is that many votes are cast for other reasons.

Those who get our vote typically have name recognition or represent a particular “side of the aisle.” Our selection may also come down to how we are persuaded to feel about a candidate based upon journalistic antics or other manipulations.

We are the critical ones in an election, not the candidates. We have the ultimate power to choose people who will make commitments and sacrifices for the community as a whole. Once in office, they should place their personal liberties and special interests aside while representing you and me.

We all want the best candidates. And that means more than experience or home grown. The best means intelligence, competence, being a champion of those who are under-represented, under-served or disadvantaged, and being that someone who will do the right thing, even when difficult.

Kimberly Parker and John Spezze are two among those who will get my vote. 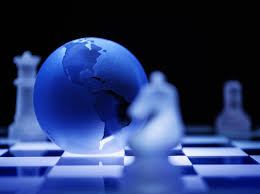 Letter to the Editor: are we going to convert every agricultural area to another suburb?