Chaffee’s Overloved recreation: It’s going to take a wide effort to clean up the D’s and F’s on Recreation Report Card

Chaffee County’s recreation opportunities appear to be loved a little too much.

Given that at least a third of the county’s economy relies on recreation and roughly 60 percent of jobs are connected to it, the less-than-stellar feedback from a recent survey indicates a need for action as recreation here in Chaffee County grows at an estimated 13 percent per year. With the need for action comes a need for money.

Chaffee County’s natural areas have taken a beating, according to a recent Report Card.

In a recent dock-in with Buena Vista’s Board of Trustees, Town Recreation Director Earl Richmond (also a board member of the Chaffee Recreation Council) and Envision’s program and outreach coordinator Kim Marquis laid out some of the sobering statistics and the need to engage additional funding sources.

Nobody mentioned specific sums at the time, but Buena Vista, as an economic benefactor of the outdoor tourist experience, will likely be making decisions in the spring to provide financial help.

The board indicated it was supportive of chipping in. “It’s a vision that I think everybody has,” said Mayor Duff Lacy.

But matters such as dispersed campsites and agency management per-visitor funding were abject failures. In other words, funding has not kept pace with the increase in visitors, estimated at four million per year. 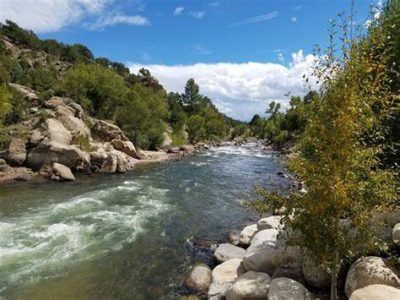 The Arkansas River  is a major draw for summer recreation in Chaffee County. AVV file photo.

According to the report, the “combined management recreation budgets for the U.S. Forest Service, Bureau of Land Management and Arkansas Headwaters Recreation Area declined 11 percent from 2016 to 2019, or about three percent a year. At the same time, visitor use increased up to 13 percent per year, based on Colorado Tourism Office data. As a result, the agency recreation management budget per-user declined 40 percent from 2016 to 2019, or about 10 percent each year.”

Agricultural producers are also feeling the squeeze, with 89 percent of producers reporting more negative interactions with recreation users over the past five years. Fifty-six percent said increasing tourism might cause them to stop operating in Chaffee County.

Another sobering statistic, according to the Report Card, “Spending on promotional marketing is currently at least 15 times higher than spending on efforts that could encourage better visitor behaviors.”

Marquis said there is definitely “Some education to do with the public… Agencies don’t have a cavalry coming to deal with all these people.”

Comments from the October Chaffee Recreation Survey Results and Assessment drive home the scope and urgency of the situation. Nearly 4,000 respondents from 41 states weighed in on their recreation experiences. The large majority reported being very concerned about too many users, an increase in irresponsible users, and their impacts. Seventy percent of residents and roughly half of all respondents said the benefits of visitors coming here to recreate do not outweigh the negative impacts. 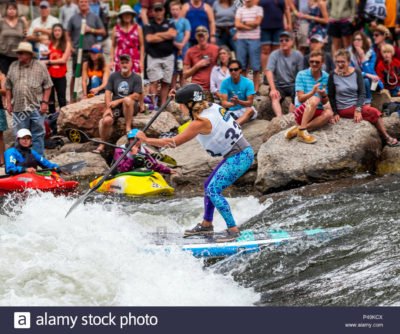 A highlight of the water sport recreation on the Arkansas River is the June event known as FIBArk. but activity is growing along the entire length of the river.

Among comments on overuse: “Chaffee County has become popular and it is more crowded,” “Too many rude visitors,” “Too many people on the trails,” “Congestion at boat ramps,” “More and more people over the last 2-3 years,” “Overuse of camping sites,” “Area is being trashed by the crowds,” “Too many people disrespecting/not taking care of public areas,” and “More people with a disregard for the fragility of our lands.”

Some of the survey comments were decidedly ‘yuck factor’: “Human feces left out in open at the lake next to camping spots. Horrible.” “Trash, unnecessary fire rings, beaten down public lands,” “Increasing human poop in ALL of the camps we use,” “Trash and no personnel to enforce the rules” and “Trashed wilderness.”

Richmond said the recreation council’s goal is to replace the D’s and F’s with A’s. “It’s going to take awhile,” he added.

But the planning appears to be moving swiftly. Richmond said that the group plans to have initial strategies in March with an action plan during June. As the plans unfold, there will be a need to supplement agency funding.

Marquis said that “near town” experiences – boat put-ins, water parks, signs, trails and information – all contribute to the overall visitor perception. In addition, restaurants, shops and lodging bolster the overall experience for people coming to Chaffee County to recreate.