Chaffee County is roughly two hours and fifteen minutes from metro Denver,  making what happened on Saturday, July 25, involving a metro Denver retail business known as Buffalo Exchange, shocking news here, not just in Denver. The store is part of a private retail chain that buys and sells new and recycled clothing, a space frequented by age 20 and 30-somethings from across Colorado. 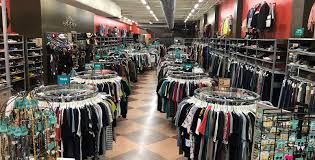 Each statement on this Instagram account made accusations that Colletti was not only sexually inappropriate, but coerced many survivors into partaking in drugs, underage drinking, and manifested an unsafe work environment. Many accusations on the revealing Instagram space make this claim: that the company has known about this for many years and that these assaults have occurred for almost 20 years.

Buffalo Exchange, which began in 1974, is privately run and family-operated. Its operation includes retail stores and a popular and extensive buy-sell recycling by mail effort. It is headquartered in Tucson, Arizona and has 50 stores in 19 states: 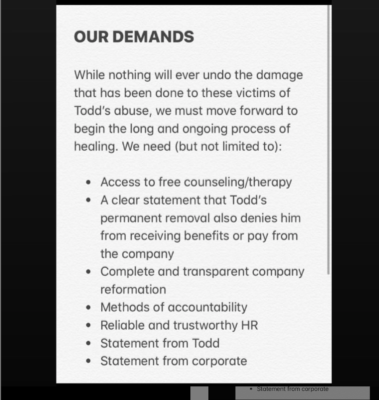 Buffalo Exchange has closed its Colorado stores, it says “to support its current employees and to continue its investigations”. As of this morning, it is considering whether to sever ties will all its Colorado franchise stores.

A July 29 statement by the Buffalo Exchange corporate office says, “The recent revelations about a franchisee in Colorado are beyond disturbing and abhorrent. We are grateful and encouraged that the Denver Police Department is speaking to victims and opening an investigation into these very serious allegations.”