Renewables move forward in Colorado, but in Wyoming? 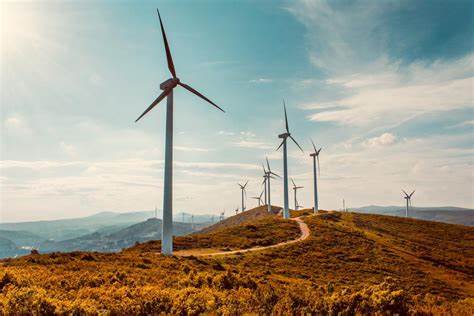 Not so fast; federal law has slowed our shift to renewables. What will it take to reform it?

The difference? Land ownership, at least in part.

The 345-kV transmission line that Xcel Energy plans to string between Brush and Lamar, connecting new wind farms along the way, will not cross federal land. In Wyoming, the wind farm lies on a checkerboard of private and federal lands.

Projects involving federal lands trigger reviews mandated by a 1969 law, the National Environmental Policy Act. NEPA merely requires disclosure of impacts. In practice, say, authors of a new book, “The Big Fix,” the process is itself the outcome. The review must be accelerated to achieve net-zero emissions by mid-century.

“The Big Fix,” written by Aspen native Hal Harvey and former New York Times reporter Justin Gillis, paints a detailed but still accessible picture of how to decarbonize our economy. For example, we can create comfortable buildings without burning fossil fuels. Harvey has experience in this going back to the 1970s when he built and designed passive-solar homes. After studying engineering at Stanford University, he now runs a 36-person think tank in San Francisco.

Gillis was writing about the intersection of climate and energy from a base in New York City when he became aware of Harvey. As he consulted experts from across the country, he says, Harvey’s thoughts impressed him as the most practical.

In the book, the authors break down the challenges of our energy transition into seven sections, including transportation and carbon-intensive industries such as steel and concrete. Every page sparkles with insights and absorbing statistics. For example, the world each year produces 5 tons of concrete products for every man, woman, and child. Concrete causes seven percent of all greenhouse gas emissions.

In one chapter, they take on forestry and food. To solve our climate threat, we must eat less meat, especially beef. Chicken comes out on top for those of us who can’t quite figure out vegetarian meals.

They also talk about electricity. We will need more of it in buildings and transportation. Existing technology — especially wind and solar — can take us a long way, probably 70 to 90 percent in Colorado.

To advance even deeper, we need other technologies and business models. This will require major government support on par with or even greater than the support that resulted in dramatic reductions in wind and solar prices. They call for the same support for hydrogen, carbon capture, and geothermal technologies, all of them promising but still costly. The key will be scaling up production to lower costs, as has occurred with everything from Model Ts to solar panels to smartphones.

This includes nuclear, which Harvey and Gillis call a “vexed and vexing technology.” It delivers 20 percent of emissions-free energy now, but new plants have had humongous cost overruns. Instead of big plants, they see a possible path of smaller modular units using factory-produced components.

For the next decade, though, they hope to see far more cost-effective, no-emission technologies, chiefly wind and solar. And this will require more transmission and, in Wyoming, permits for the wind farm that Phil Anschutz wants to build for the export of electricity to balance the solar energy of Arizona and California.

“They’re trying to put up this truly colossal wind farm in this superb spot in Wyoming, one of the windiest places in the country, and it has taken them well over 15 years to get the permits that they need under NEPA,” Gillis said when I interviewed the authors several weeks ago.

They see the need to reform, not gut, NEPA and other environmental reviews to create hard deadlines and accelerate the pace.

Without reform, said Gillis, “it will take us 30 to 40 years to do that which really needs to be done over the next 10 years.” He hopes for leadership from more leftish leaders in Congress, perhaps in the Senate. And he also says the environmental movement, so long focused on saying no, must figure out ways to say yes.

There are nuances. The authors readily admit there are places we should not build solar and wind farms. And there is also a lively debate about the balance between big and distant renewables versus local sources.

As for Colorado, they see us as being a step or two ahead of much of the rest of the United States. And the United States, they say, can become a model for the world, even those countries whose economies today depend heavily on burning coal.

Colorado continues to close its coal plants. Another unit, Comanche 1, located at Pueblo, will cease operations before the champagne gets hoisted to celebrate 2023.

Allen Best publishes Big Pivots, which focuses on climate change and the energy and water transitions in Colorado. See more at BigPivots.com.