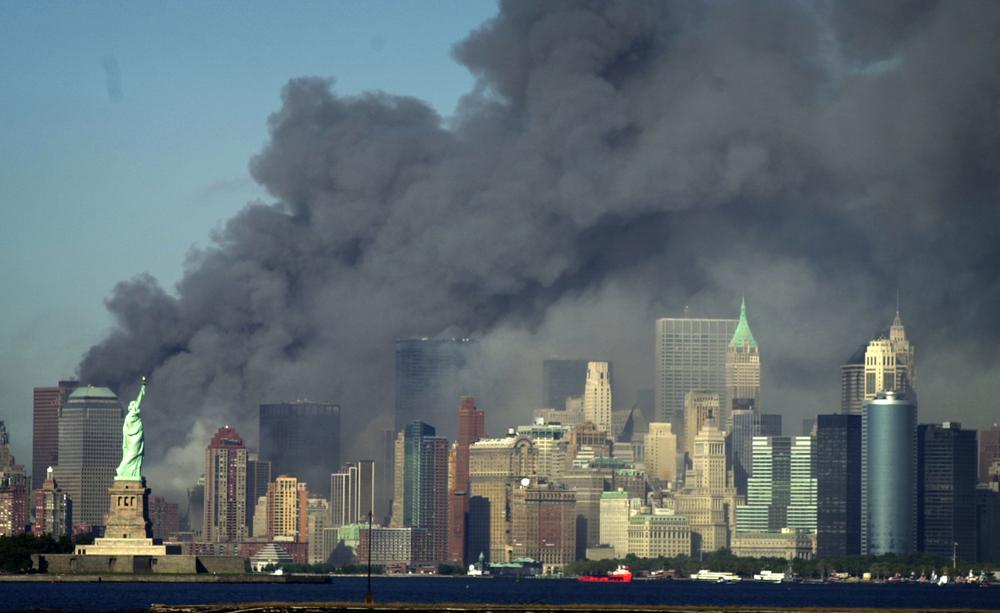 To commemorate the 21st anniversary of the 9/11 attacks, The Museum of Friends in Walsenburg, Colorado will host two exhibits honoring the victims and heroes of 9/11. The exhibits will feature the works of two unique artists—Dawn Howkinson Siebel and Larry Racioppo.

The two exhibits, Better Angels and St. Paul’s Chapel at Ground Zero will open on the museum’s ground floor, side by side galleries on Saturday, September 3, and run through December 30, 2022.

The Museum of Friends will host an exhibit opening celebration from 5:00 p.m. to 7:00 p.m. on September 3, during which attendees will have the opportunity to meet artist Dawn Howkinson Siebel.

In partnership with the Lamar, Colorado-based Tri-State 9/11 Tribute, The Museum of Friends will also host a public program with local first responders, firemen, and the American Legion to commemorate the events of 9/11. This event will take place on Saturday, September 17th at 1:00 p.m., one week after the Tri-State 9/11 Tribute in Lamar, which will feature three Larry Racioppo photographs on loan from the Museum of Friends.

All events hosted by the Museum of Friends will be held at 600 Main Street in Walsenburg, Colorado.

Dawn Howkinson Siebel’s exhibit, Better Angels consists of paintings that depict the 343 firefighters who died on 9/11. Each painting is a portrait of these fallen firefighters on a 6″ x 4″ burned block of Baltic Birch. The compositions are in black, white, and raw umber.

The complete work is the totality of all portraits in seven rows of 49 columns that span 48 inches by 21 feet. This exhibit has traveled around the country. To learn more visit betterangels911.com.

As cleanup began and the search for bodies continued, police, firefighters, the National Guard, and construction and sanitation workers stopped in the chapel to rest, regroup, and nourish. Long, exhausting shifts stopped workers from traveling home, and St. Paul’s became a haven to share meals with volunteers, get a change of clothes, and rest in the beds set up in the choir loft. Racioppo’s photographs document the people in this story.

About the Museum of Friends

Brendt Berger and Maria Cocchiarelli incorporated The Museum of Friends, a contemporary art museum, in 2007. The museum, located in the historic “Roof and Dick” building in the heart of downtown Walsenburg, is considered the only counter-culture museum in the U.S.

The Museum of Friend’s name stems from the fact that the initial 500-piece collection of paintings, photographs, and sculptures were gifts from friends of Brendt and Maria. Today, friends and new artists continue to donate their work, expanding the permanent collection to over 1,600 works of art. Learn more at museumoffriends.org.

Featured image: An Associated Press photo of lower Manhattan on 9-11 as the World Trade Center burns.