Box of Bubbles to Host ‘How the White House works’

Denver-based writer and playwright Michael Broemmel comes to Box of Bubbles, at 135 E. 2nd Street, at 7:30 p.m., Thursday, February 13 to give a presentation on his time in the White House Office of Media Relations and Planning. Tickets are $5, and the presentation will be followed by a question and answer session. 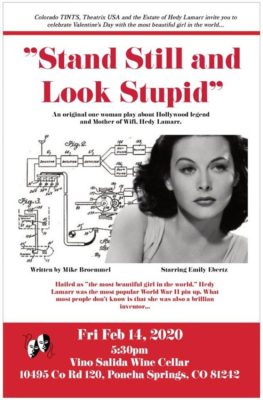 Playwright Michael Broemmel, who wrote “Stand still and Look Stupid”, will present “How the White House Works” at Box of Bubbles this Thursday evening.

Broemmel worked in the White House during the Reagan Administration. During that time, his specific duties included coordinating the Administration’s communications calendar and the appearance of different members of the White House, including the President and Cabinet Secretaries, on televised news programs. The office also produced all of the President’s television and radio appearances.

Broemmel, who stresses that the event is intended to be non-partisan, says his aim is to get people to understand how the White House works, both day-to-day and in times of crisis.

“The White House does have institutional mores and systems,” says Broemmel, conceding that these have changed, some of them dramatically, under the current administration. He also wants to convey how the personalities of the First Families impact the overall workings of the White House.

Broemmel is no stranger to Box of Bubbles: it has been the venue that featured three of his plays brought to Salida by the local Colorado TINTS Theatre Company. Those plays include; ‘Stand Still & Look Stupid’ (the life story of Hedy Lamarr), Call Me Mrs. Evers (the life story of Myrlie Evers, wife of slain civil rights activist Medgar Evers), and ‘The Bonfils Girl’ (the life story of Helen Bonfils).