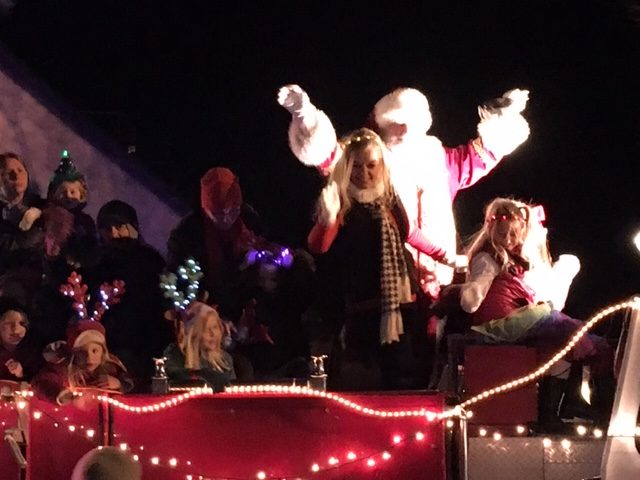 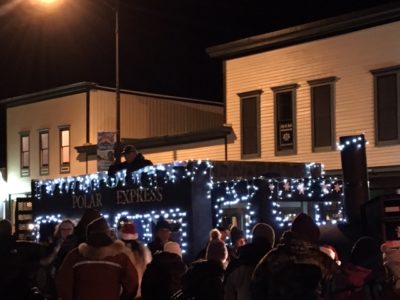 The Polar Express float, aka High Country Bank was filled with kids and families, All photos by Jan Wondra.

Attendees for the Buena Vista Christmas Parade on Saturday evening, Dec. 7 got an evening made to be outdoors; with mild temperatures, clear skies, and the planet Venus hanging low in the western sky at dusk, over the Collegiate Peaks.

Hundreds of residents and visitors lined Main St. waiting on the start of the parade. With holiday music floating from a sound system, and happy kids moving ever-closer to the center of the street, the better to grab candy tossed from the floats, the mood was festive. 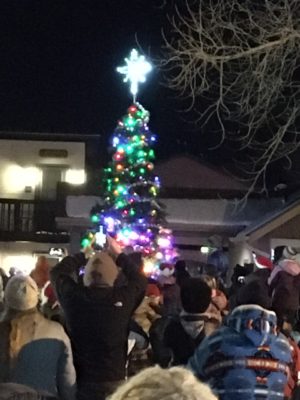 Scheduled for 5:15, it was nearly a quarter to six before the parade floats reached the spot on Main St. at Optimist Park, where the Buena Vista Christmas Tree stood waiting to be lit. Santa climbed off his float and after reciting “Twas the Night Before Christmas”, led the countdown.

The tree was lit – and the 2019 Holiday season is officially underway in Buena Vista. Pictures tell the story. 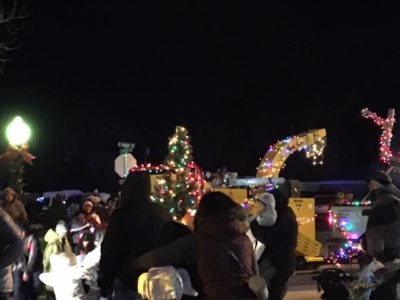 The many floats in the Buena Vista Christmas parade were lit from end to end. 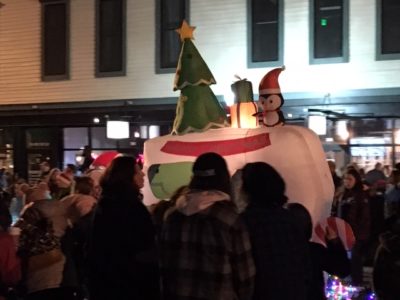