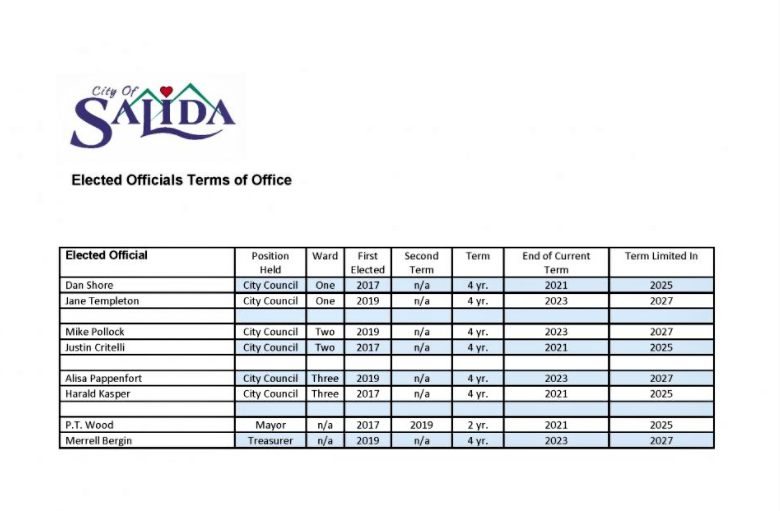 The City of Salida will hold a Regular Coordinated Election on November 2, 2021 for three Ward seats and the Mayor position. Nomination petitions can be picked up at 9:00 a.m. on August 3, in the City Clerk’s office, 448 East 1st Street, Suite 112. Petitions must be returned by 4:00 p.m. on August 23. Persons eligible to run for elected office must:

Petitions complete with signatures and the Circulator Affidavit signed and notarized must be returned in person to the City Clerk’s office. It is highly suggested to have more than the minimum of twenty-five signatures as it is possible that not all signatures will qualify.

In preparation for the upcoming election, The City of Salida will host a Candidate “101” course at 5:30 p.m. on August 5th in Council Chambers, 448 East 1st Street, Room 190. City Clerk Erin Kelley will discuss requirements for running for office, time commitments, and Campaign Finance.