Skipper brings state championship experience with him and believes that baseball is more than just a game – it is an opportunity to guide young adults to be outstanding people both on and off the field. 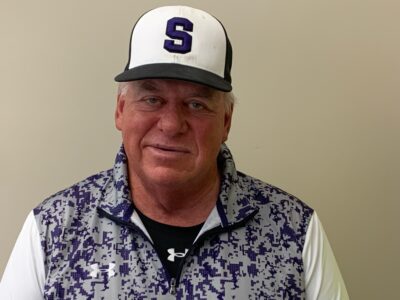 Ken Skipper will coach the Salida Baseball Team for the 2023 season. Courtesy photo.

He began coaching at a young age; coaching T-ball and serving as an umpire for youth baseball and softball programs. Then he found his way to head coaching positions with the Lone Mountain Little League, USSSA Fall Baseball League, and the North Jefferson County Youth Baseball League before becoming the head coach for the Colorado Wildfire Club Travel team from 2003-2011. This team participated in regional and national tournaments and earned a USSSA State Championship under Skipper’s guidance.

From 2004-2013 Skipper also served as the assistant head coach for the Ralston Valley High School Varsity Baseball team. During that time, the team made multiple appearances in the state playoffs, including a win for the 4A State Championship in 2008.

Skipper’s overarching goals are to use baseball to teach life lessons and resiliency while building players’ character, confidence, and a sense of accomplishment. He says he is excited to promote the sport of baseball in the Salida community while providing players instruction on skills, techniques, mental preparation, and game tactics and strategies.

In making the announcement, SHS says the coach brings a commitment to cultivating a positive, encouraging environment for the SHS baseball team while focusing on a team-first approach. He will work to establish a highly motivated culture of personal accountability, discipline, respect, timeliness, sportsmanship and a commitment to a strong work ethic.  Once practice begins, the team, with input from players and coaches, will develop a set of performance goals for the upcoming season.

In addition to coaching, Skipper brings experience developing and running sports camps, clinics, and creating successful fundraising activities to support the programs he works with. He was the head coach for the SMS football team this season and was a frequent fixture on the sidelines at the high school games as well.