Colorado Redistricting Data a Topic for the Colorado Supreme Court 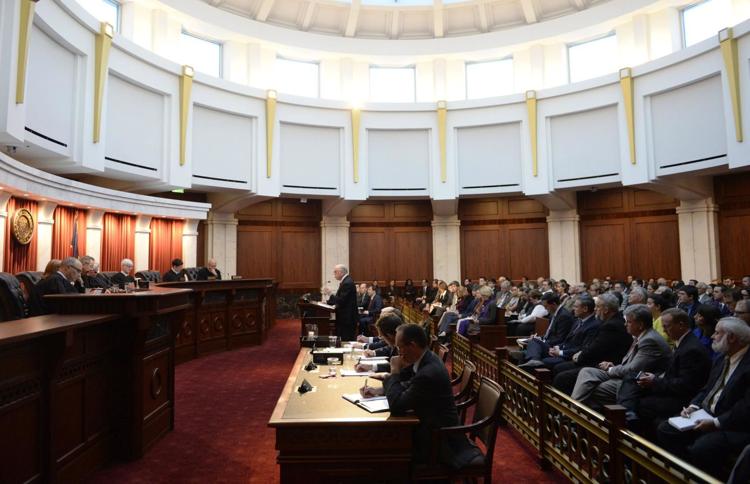 On Monday, Colorado’s highest court heard arguments over whether state legislators have the authority to enact a law that would adjust the voter-approved state redistricting process. The redistricting commission is independent and non-partisan.

With census data already qualifying Colorado to pick up one seat, for a total of eight seats in the U.S. House of Representatives, the redistricting map takes on added importance this year.

At issue: SB 21-247. The bill is focused on keeping the state’s redistricting maps on schedule for this fall, ahead of the 2022 off-year election campaign season, but based on actual 2020 census data.

Normally, the necessary census data to draw the maps would be delivered to states in March, following the end of a census year. But the 2020 census was delayed due to the COVID-19 pandemic. The U.S. Census Bureau has announced that this redistricting decennial data will not be delivered until Aug. 16 of this year.

SB21-247, would further define what “necessary census data” means, so the actual decennial data could be used for the drawing of the maps. But the redistricting commission objected, saying lawmakers overstep their boundaries by trying to meddle in a voter-approved system that is codified in the state constitution.

According to the Justice Department the issue is untested since the independent redistricting commission process was only approved by voters in 2018. Prior to 2018, redistricting efforts were done by lawmakers or legislative staff. But several of the state’s district plans over the past few decades were overturned and redrawn by courts because of perceived political bias.

“I think about just the optics of this,” said Justice William Hood, “with this being the first time out of the gate, and the General Assembly is already monkeying with the way this is going to work when it’s supposed to be an independent commission.”

“Are you aware of any other circumstance in which the legislature has imposed a substantial compliance standard on the interpretation of a constitutional amendment? That’s the whole origin of that concept anyway,” said Justice Monica Márquez. “Why isn’t that something that the court, at some point later on down the road, we decide for ourselves?”

In justifying the bill, attorneys for the legislature said that just because the legislature created the independent redistricting commission system, it didn’t mean that they intended never to write laws like SB 247 to be assured that the most accurate data is used to draw the maps. This isn’t political they say; it assures that real 2020 census data is used to define what areas of the state have actually picked up population, so the redistricting maps are based on current data.

“It gives me some heartburn when we have a couple of amendments that were specifically passed to take this away from the legislature, and then here we are, almost immediately the legislature is trying to get its hand back into the process,” said Justice Carlos Samour.

As it turns out, the redistricting commissions are moving forward with plans for how to work up maps, without the decennial census data. They have made it known they think this is up to them, not lawmakers, and expect to complete preliminary draft maps by the end of June.

But this may well run counter to the actual decennial data that won’t yet be available. What might happen if that actual data is significantly different from what the redistricting commission envisions is anybody’s guess.

The Colorado Supreme Court is expected to rule on the matter in the coming days to weeks. If the court approves the legislation, it would then go to Gov. Jared Polis for a final signature.