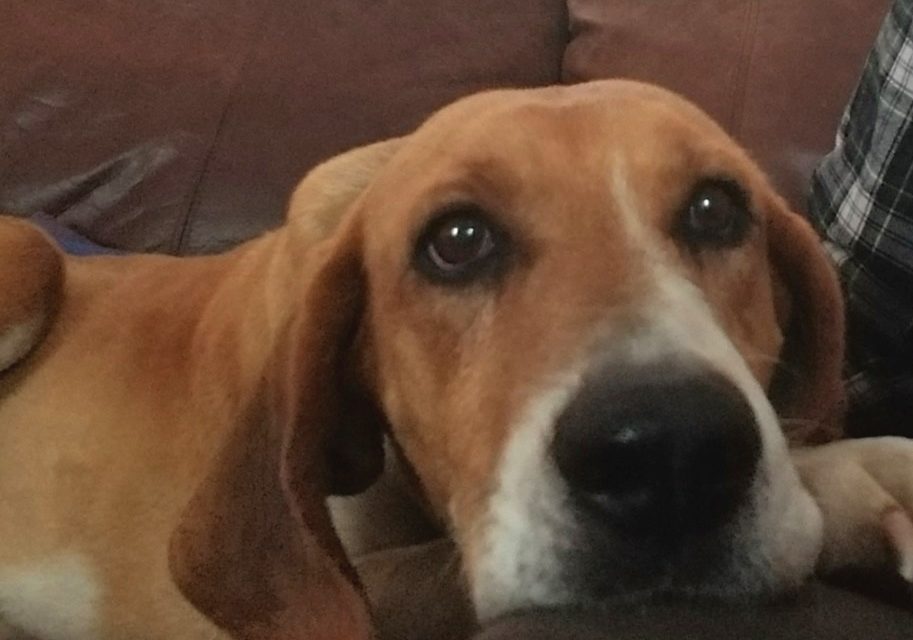 Someone in Fremont or Chaffee County is poisoning dogs and other pets and the Fremont County Sheriff’s office and the Department of Agriculture are asking for the public’s help to solve the crime. The dog-poisoning  is the subject of an active investigation and as of late this week, law enforcement has placed the case and the reward for information on Colorado Crime Stoppers.

The poisoning occurred in Fremont County in the Whitehorn area just over the line from Chaffee on Fremont CR 2, known as Ute Trail, on property owned by Alison Brown. Brown’s Whitehorn property is adjacent to National Forest land and grazing land owned by the Everett Cattle Company. The valuable dog, a nine-year-old American Foxhound owned by Alison Brown, was named “Worship.” The tan and white, highly-trained and healthy dog, was considered in the prime of her productive life.

“Worship died in my arms early in the morning July 8,” reads a statement provided by Brown. “I could do nothing to help her other than to let her know to her last breath that she was much loved. A postmortem confirmed she had been deliberately poisoned.”

The Department of Agriculture investigated and they determined that this was not an accidental poisoning — this was done deliberately.  After interviewing neighbors, law enforcement looked to see what use of this poison could possibly be permitted in the area. They confirmed there was no legitimate use of this poison in the area and that it was a deliberate act.

The Veterinary Diagnostic Labs of Colorado State University and tests and determined that the poison in the dog’s system was a specific poison sold at farm supply shops. The poison caused acute hemorrhaging, destroying the liver, the spleen, and the kidneys.

While the farm supply shops are supposed to keep lists of who buys the agricultural poison, none have agreed to release the list of purchasers to law enforcement to aid the case.  The poison appears to be unregulated: meaning anyone could go into Tractor Supply or Murdochs and buy it. “You could legally buy it to kill your grandmother and there isn’t any regulation,” said one vet asked about the ingredients.

Brown has an established routine with outside help for the feeding of her American foxhounds and exercise beyond their kennels. Just before Worship sickened and died, she returned to the yard with a rabbit leg in her mouth, explained Brown. She said her assistant thought this was strange because there had been no sound from her during the run, which she would normally make if she’d been chasing a rabbit. Around the same time that Brown’s dog got sick and died, another visiting friend’s dog became sick, a red hawk that nested in the area disappeared, and a neighbor’s two cats died suddenly, exhibiting the same symptoms.

“Just a few weeks before we’d lost two other American Foxhound dogs, Gingham and Aldi who had some of the same symptoms, but we didn’t yet understand what was happening,” said Brown, who said it was too late for the CSU labs to test their bodies for the poison. “If we had, we’d have tested sooner.”

Brown’s dog pedigrees stretched back to the American Foxhounds bred by George Washington, with Worship a direct descendant of his dogs. A sleek runner and a valued dog among Brown’s foxhound pack, Worship didn’t choose to live in the kennel with her pack. Instead, says Brown,  she was what is called a “house hound”; she spent most of her resting time on the couch with her head in Brown’s lap.

“I am living day to day in fear that another of my hounds could meet Worship’s fate, or one of my neighbor’s pets will meet the same fate as my golden girl,” said Brown.

Anyone with any information about this crime is asked to contact CrimeStoppers at 719-275-STOP.