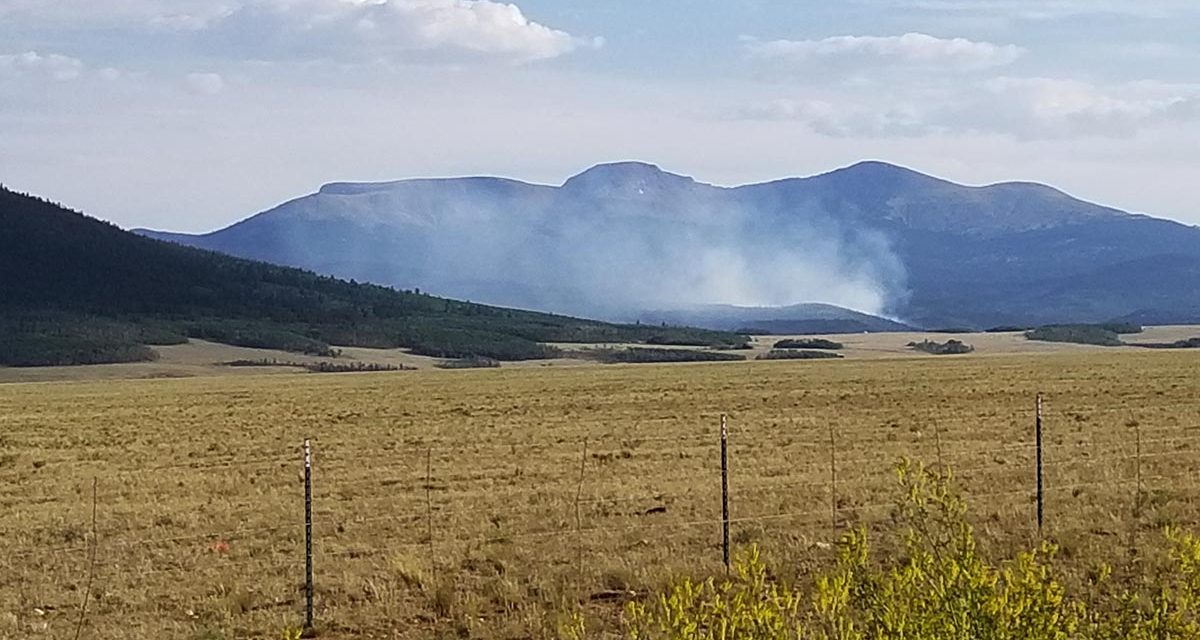 “We may very well be heading into the worst fire season in our state’s history. Do everything you can now to prepare because if you wait until a fire is approaching, it is too late,” said the Saguache County’s Office of Emergency Management Director Bobby Woelz. 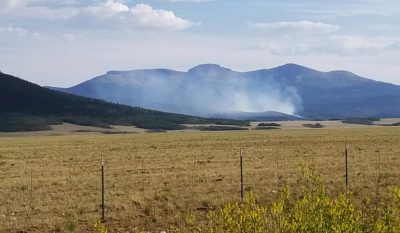 The three National Weather Service offices in Colorado issued 62 red-flag warnings in April — the most since record-keeping began in 2006. Snowpack levels were well below average with the San Luis Valley recording less than half of its normal levels, according to the USDA’s Natural Resources Conservation Center.

According to Woelz, these are unprecedented fire conditions. This persistent windy and dry weather pattern has greatly exacerbated fire ltz, concerns. “The risk for a catastrophic wildfire has never been greater,” said Woelz.

Forecasters and emergency authorities urge those living in wildfire-prone areas to pay very close attention to emergency alerts and pack a “go-bag” with personal belongings, including medications and important documents. More than anything else – avoid any activity that could spark a fire.

Build a Kit, Make a Plan, & Be Informed

Wildfires spread fast, and in some cases, people have only a few hours — and in other cases, only minutes — to grab their belongings and evacuate.

According to Woelz, the first step to prepare for a wildfire is to develop a plan that includes the “P’s of Evacuation”:

People: Develop a family communication plan and evacuation plan. Your family may not be together when disaster strikes. Know how you will contact one another and reconnect if separated. Know – and practice – two ways out of your neighborhood. Establish a family meeting place that is familiar and easy to find. If you have kids, do a walkthrough of their room. “Have them make a list of what they would take if they had to leave quickly. Encourage kids to pack their own ‘go bags’ with possessions that are valuable to them as well,” said Woelz.

Pets: Woelz says animals are often left out of family emergency plans. This is especially important for people with large animals and livestock, as the evacuation process can be complicated. “Practice evacuating with your pets. Just like you, your animals should also have an emergency kit,” said Woelz.

Prescriptions: Have them bagged and ready to go. Include medicines, medical equipment, batteries or power cords, eyeglasses, and hearing aids.

Personal needs: Such as clothes, food, water, first aid kit, cash, phones, and chargers. Consider the specific needs in your household and include items for people with disabilities and others with access and/or functional needs, such as older adults, children, and those with Limited English Proficiency.

Paperwork: Make copies of important documents, (hard and/or electronic copies). It can be challenging to get new copies of your documentation after it is lost.

Priceless items: Including pictures, irreplaceable mementos, and other valuables.

Take action to increase the likelihood that your home survives when a wildfire occurs. “Around here, it is not a matter of if a wildfire will impact your home and property, but when,” said Woelz.

“We are fighting fires of a new age, made more intense by climate change. Firefighters cannot be expected to stop wildfires under these weather conditions.” said Woelz. “I equate that to trying to fight a hurricane. We do not have “hurricane fighters” to go out and stop hurricanes, we get everybody out of the way and then we clean up after. A wildfire, under these circumstances, will be no different.”

Firefighters will always do their best to protect homes, says Woelz, but ultimately, it is your responsibility to protect your property and investments from wildfire. Firefighters may not be present at your home during a wildfire. They are trained to protect structures only when the situation is safe for them. According to Woelz, residents should prepare homes and property to withstand a wildfire without firefighter intervention.

“This includes taking actions such as removing dead vegetation and plants and trimming dead branches,” said Woelz. He also recommended moving firewood away from the house, along with any flammable materials. “Homeowners should always keep gutters and other outdoor spaces free of debris, as embers can ignite dry, dead materials,” said Woelz.

The challenge for homeowners is to learn how to make your home safer from wildfire. The Saguache County Firewise Team provides FREE wildfire risk assessments and completes hazard mitigation projects for Saguache County residents.

Sign up for Emergency Alerts in the San Luis Valley.

Receiving timely information about emergencies can make all the difference in knowing when to take action and how to be safe. “If we can’t reach you, we can’t alert you,” Woelz said

The most important tip, according to Woelz, is to start preparing as soon as you can. “Those who lose everything in wildfires often regret they didn’t back up their paperwork or digitize their photos or have a better plan in place for family reunification,” he said.

“Do not let that be you. The time to prepare for a disaster is always now,” said Woelz.

To learn more about fire mitigation, making a plan, or building an emergency kit, visit the Saguache County Office of Emergency Management’s website at: https://saguachecounty.colorado.gov/OEM