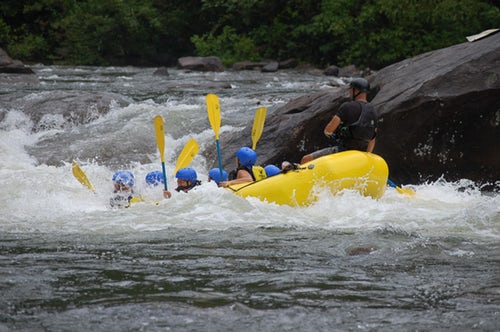 Recreation – particularly hunting, fishing and whitewater rafting – is the spine of the economy in the Arkansas River Valley. As a total contributor to the economy of Chaffee County, outfitting represents millions of dollars that would otherwise not arrive to support the local economy.

It is no secret that towns like Salida and Buena Vista see a significant influx of tourists, adventure-seekers, fisherman and hunters from May to November. Outfitting businesses – particularly whitewater rafting outfitters – employ seasonal workers who reside here and contribute to the economic uptick experienced by grocery stores, restaurants, clothing stores, bars and numerous other local businesses.

According to the CROA’s 2017 statistics, the Arkansas River had over 220,00 user days in 2017. The CROA defines a user day as “a paying guest on the river for any part of the day.” This figure doesn’t include private rafters who employ their own equipment, only individuals who utilize an outfitter. Clear Creek owns the second highest user rate, checking in at approximately 90,000 days.

Per the CROA’s 2017 report, the whitewater rafting industry in Colorado has an economic impact of $192,752,037. The Arkansas River had nearly three times the usage rate as the second most popular rafting destination in Colorado and owns approximately 39 percent of the whitewater rafting market share in the state of Colorado. The CROA estimates that the 220,000 rafters spend a combined $29,065,367 during their stay. This number includes lodging, food, gasoline, souvenirs and other items.

According to the Colorado Tourism Board, the multiplier effect of a single dollar spent here is around 2.5 times, meaning it moves through the local economy two and one half times on average before it is spent outside of the area. The CROA accounts for this in their report, estimating total rafting guest expenditure around $74 million in the Arkansas River Valley. 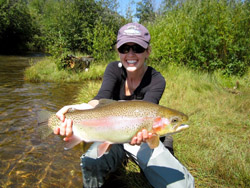 The Arkansas Headwaters River Association is responsible for maintaining, managing and supervising usage of river parks from Leadville to Pueblo. Per the 2017 AHRA annual usage report, Arkansas River Headwaters Association recorded usage from nearly one million individuals. In all, 908,334 people enjoyed activities such as whitewater rafting, fishing, hunting, picnicking, camping and boating. Additionally, the AHRA collected nearly $1 million in revenue from camping registrations, commercial agreements and daily use passes.

In the fall as summer wanes, the cooler weather settles in and hunters pour in to chase game throughout the valley and in the mountains. Bill Canterbury, owner and operator of Track ‘Em Outfitters in Howard, estimates he leads around 30 clients on hunting trips every year. Canterbury guides hunts for a variety of game animals, including elk, mule deer, turkey and even mountain lions. These hunts range in price from a few hundred dollars to well over $3,000.

Besides the boost for local business, why are hunters important to the economy?

“Wildlife management comes at the expense of the hunters,” Canterbury says, referring to the funds generated from hunting licenses and license lotteries that are used to improve herds, manage and protect habitat, and ultimately preserve wildlife for all recreationists. Many of users (such as hikers, campers, bird watchers, etc.) do not pay a fee but enjoy wildlife as well and spend time and money in the Arkansas Valley because of their interest in these recreational activities.

“In 1935 there weren’t very many deer at all because the market hunters had killed them all,” Cogan said. “The neighbor said to dad, ‘Jack, I’ll tell you something but you don’t dare tell anybody. There’s a doe down on the island raising a fawn.’ Dad said, ‘I’ve been watching her all summer … and I won’t tell anybody.’

“So by the time I was old enough to hunt with a big game rifle, we could shoot a deer and eat it.”

Cogan has numerous people hunt his land every season; he recently had a man from Arkansas ask for hunting access. With ownership of approximately 3,000 acres split on either side of Highway 285, Cogan has plenty of land to share and doesn’t charge for usage. His philosophy is generosity.

Ranchers like Cogan who allow hunters to utilize their land propel the impact hunting has on local economies. Colorado Parks and Wildlife’s most recent economic report, published in 2008, details the impact hunters have on the communities in the Arkansas Valley. The 2008 report showed that hunters in Chaffee County spent over $20 million in the county during hunting trips. Hunters in Lake County spent over $6 million in the northern portion of the Arkansas Valley. These monies are critical for local restaurants, bars, food markets and other stores.

Not only does Cogan allow dozens of hunters to access his property with permission across all seasons, but he lets fishermen utilize the one-mile stretch of the Arkansas River that flows through his property. Cogan says he has nearly a hundred different fishermen on his property throughout the summer, including fishing guides and their clients from Ark Anglers in Buena Vista.

Cogan recognizes the value of the outdoors, not only for its benefits on the local economy but also for the human spirit. “I hunted elk in the high country year after year when I could,” Cogan said. “That’s better than any psychiatrist you could hire.”

All numbers are for 2017, except hunting, for which the last available data is 2008.