On Friday, Feb. 19 the Department of Defense Office of Inspector General announced it will review the previous administration’s decision to relocate the new U.S Space Command away from Colorado Springs.

Governor Jared Polis and Lt. Governor Dianne Primavera have issued a statement regarding the announcement. 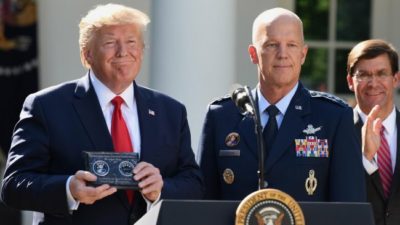 “We are pleased that the Department of Defense Office of the Inspector General is evaluating the selection process for the permanent location of U.S. Space Command. The process was flawed and inconsistently evaluated each of the finalist locations. Moving U.S. Space Command will disrupt the mission and risk our national security, threaten jobs and economic growth of our state and Southern Colorado.”

“It’s clear that the decision to relocate U.S Space Command is fiscally irresponsible and would cost taxpayers money. The Dept. of Defense should review this decision to ensure that it is based upon objective and relevant scoring factors. Colorado’s proud military heritage, unparalleled aerospace ecosystem, and unmatched quality of life for our service members and their families make us the epicenter of national security space and the only home for the mission. We thank Senators Bennet and Hickenlooper and our federal delegation for their efforts to restore integrity to the process and look forward to the findings from the investigation. We will continue to support the efforts to maintain U.S. Space Command in Colorado Springs.”

The state’s governing leaders were joined by U.S. Senators for Colorado Michael Bennet (D) and John Hickenlooper (D), in supporting a decision that space command remaining in Colorado. They released the following statement supporting the U.S. Department of Defense (DoD) Inspector General’s investigation into the Trump Administration’s decision to move U.S. Space Command from Colorado Springs, Colorado to Huntsville, Alabama: