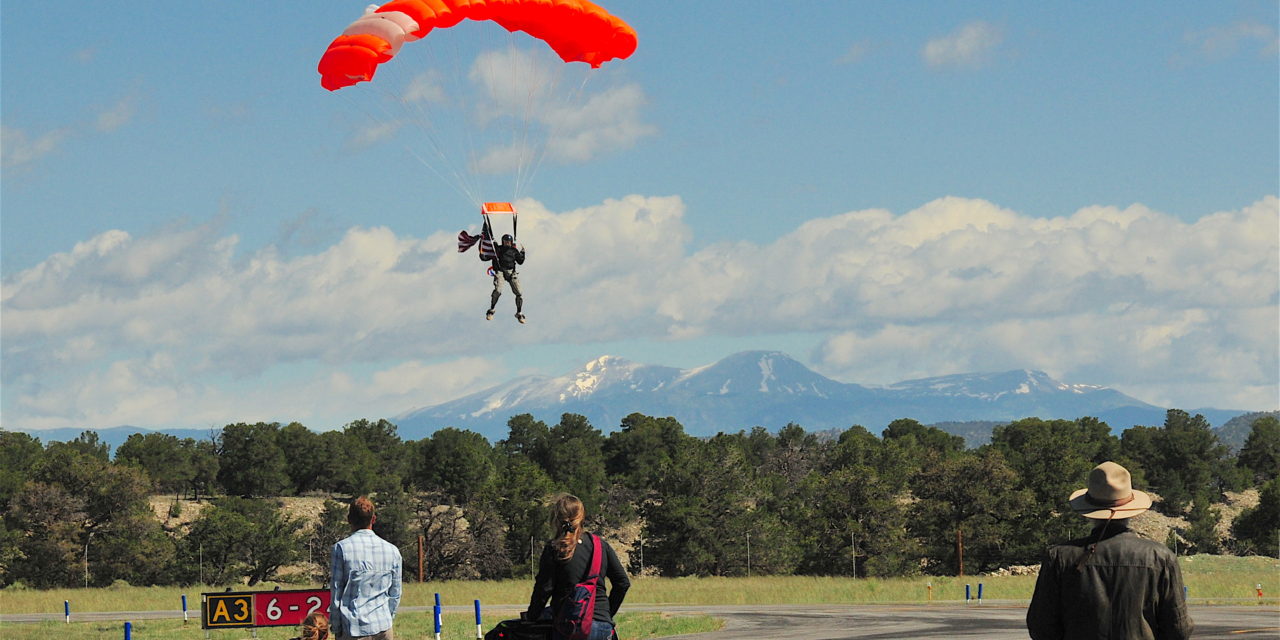 Presuming (hopefully) there is some resolution to the COVID-19 pandemic spread this summer, it could mean Chaffee County residents and visitors will have the opportunity to again enjoy an air show at Harriet Alexander Field, Salida Airport.

The Salida Airport Advisory Committee this week heard from Airport Manager Zech Papp that preliminary inquiries have resulted in an “air boss” being identified for running the show and planning will now focus on obtaining insurance for the event as well as selecting which air show acts will be signed to appear. Local fundraising will also be required for paying the participants in the show, he said. The event is currently planned for the airfield on Saturday, June 26.

It is unclear whether a traditional civic group-sponsored pancake breakfast will able to be included in the event, which in the past has also included an antique and classic car exhibition. 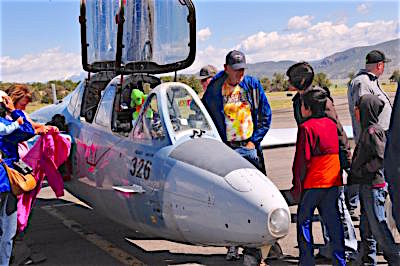 One of the highlights of the 2019 air show was the appearance of the small French-built Fouga CM-170 Magister jet, a familiar presence at the airfield.  Dan Smith photo.

In a lengthy session, the board also reviewed plan language regarding development within the airport overlay protection and transitional zones for areas surrounding the field. (See separate story)

In related action, the board heard from Papp that the airport beacon tower, erected last month, now has power and that negotiations can begin with clients who may want to mount cell tower-type equipment on it.

Papp said he would also confer with the Colorado Department of Transportation on a future move of the airport automated weather system and determine whether CDOT might be a source of grant funds for a newer system.

Papp also reported he is negotiating contract language with a client who wants to construct a new large hangar facility on the field.

The board also heard an update from Dennis Heap, chair of the Chaffee County Unmanned Aerial Systems (UAV) Advisory Board regarding the concept of an UAV test corridor between Harriet Alexander Field and the Central Colorado Regional Airport in Buena Vista. Heap, also chair of the BV Airport Committee, said their plans over the past few years have been oriented toward partnering with both airports for establishment of a drone test corridor between the airports that could be utilized by drone companies for functions like medical and package deliveries using larger drones and other options. The UAV group has already established a drone park near the BV airport. The airport advisory committee tabled the matter for future discussion.

Featured image: A sky diver was one of the attractions at the 2019 Air Show held at the Salida Harriet Alexander Field Air Show. Dan Smith photo.