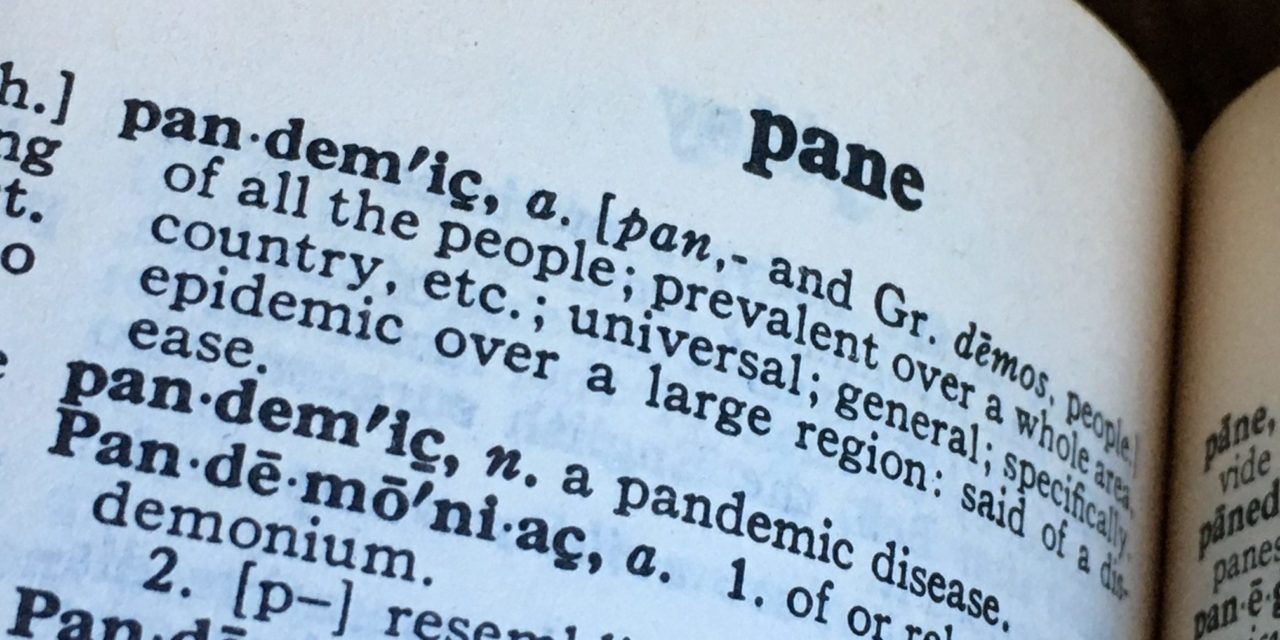 With 11 months of the year already behind us, and one month remaining, the Merriam-Webster Dictionary announced today that it has picked the top word for 2020: no surprise, it’s “pandemic”.

The news probably surprises few people. Since last March, our lives, our businesses, our children’s schooling, our spare time and our futures have been completely overtaken by the fear, death, anxiety and uncertainty of the coronavirus known as COVID-19.

“That probably isn’t a big shock,” Peter Sokolowski, editor at large for Merriam-Webster, told The Associated Press this weekend.

“Often the big news story has a technical word that’s associated with it and in this case, the word pandemic is not just technical but has become general,” said Sokolowski. “It’s probably the word by which we’ll refer to this period in the future.”

According to the dictionary “pandemic” means “All the people; prevalent over a wide area, country, etc.; universal, an epidemic over a large region.” In this case — its global.

13 million cases in the U.S.; four million just in the month of November

The lesser known word “pandemia” probably provides a better picture of the global crisis with which literally every country in the world is dealing; most with more success than the U.S. It means “an epidemic that affects vast numbers or a majority of the inhabitants of a place at the same time.”

That about sums it up. Unless you want to skip down to the word next in line; “Pandemonium”: “the abode of demons…a place of wild disorder, noise or confusion.”

Which speaks for itself.