Thinking Security: Someone Is Watching You 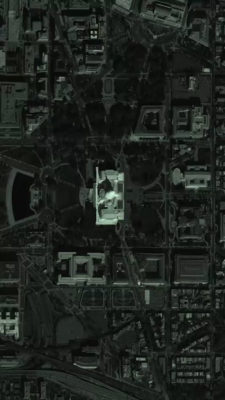 An image representing just a small portion of a single city from The Privacy Project. Twelve Million Phones, by The New York Times.

Do you have an appropriately sufficient level of paranoia? Are you paying attention to the fact that you’re being watched everywhere you go? That it’s your smart devices – your ‘wearables’ like Fitbits, and Apple watches, and Samsung watches, and Garmin watches; your smartphones; and your tablets – that are watching your every move. And they are sending that information back to people looking to profit, in one manner or another, from this information.

Do I have your attention now?

The New York Times has been doing a tremendous job with a recent series of articles all rooted in the same long-form journalism project entitled The Privacy Project. The Privacy Project is broken into four sections: Does Privacy Matter?, What Do They Know and How Do They Know It?, What Should Be Done About This?, and What Can I Do?. I highly recommend all of the articles and opinion pieces in each section. That said, I know everyone’s time is limited, so if you can only read one section in depth, I highly recommend the final one: What Can I Do?

Before I get into some suggestions in this column, I want to emphasize just how dangerous it is that the devices that are intended to make our lives easier and more enjoyable are also being used to collect information about our habits, preferences, and movements. Information that is then monetized and/or weaponized against us.

Some of what The New York Times found is neither surprising, nor is it information that was not really known before. For instance, one of the most disturbing articles focuses on the reporters at The New York Times being able to track the movements of the President’s smart phone while he was moving between his properties while on vacation in south Florida. In the same article they reported what those of us who work for or with the U.S. government have long known: everyone working at every agency can be tracked and many are. As I said, this is not really news, similar reporting has highlighted the problem before. 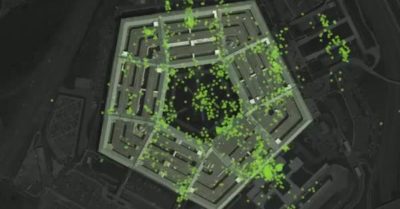 Image for The Privacy Project, a multi-part series by The New York Times exploring the extent to which our private data is being tracked, collected and sold. This image is of the location of smart phone devices at the Pentagon in Washington D.C.

One of the reasons that it is so disturbing that The New York Times reporters were able to track the President’s movements using a data set containing the details of 50 billion location pings for 12 million Americans is the national security implications.

We already know from other reporting that the President, who is often resistant to institutional restrictions placed upon him, has maintained the habit of talking to longtime friends and outside advisors on one of his two unsecured smart phones. We know also that these calls are being intercepted by both partners and hostile foreign adversaries alike.

The national security implications of the President being tracked also applies to not just the Federal workforce of political appointees, civil servants, uniformed personnel, and contractors, but to all Americans. If your movements are being tracked and this information is being sold for profit — it is definitely not for your profit. That information matched with other information is also being collected and monetized, making nearly everyone a potential national security risk!

What can you do right now, especially if you’re going to be one of untold numbers of Americans receiving a smart wearable, smartphone, or tablet for whichever holiday you celebrate this year?

The first thing you can do is to go into location services and manually disable location tracking by your apps. For those apps that need a location to work, such as your preferred mapping and weather apps, set those to prompt you to allow for a location when opened and set them to turn off the location function once closed.

This will not resolve every issue because as long as your smartphone or tablet or wearable is connected to a network, the network is going to log the location when it is receiving. Provided that your provider allows for it, you can contact them and tailor what they can and cannot do with your data by adjusting your privacy settings. I also highly recommend a Virtual Private Network (VPN), which will add an additional layer of privacy for using the Internet. Right now there is no ideal solution to the problem of our smart devices tracking us and that information being paired with other data collected about us in order to further the profits of a variety of companies.

The authors of The Privacy Project summed up the dilemma exceedingly well:

Americans would never consent to a government directive that all citizens carry a device that broadcast, in real time, their physical location and archived that information in repositories that could be shared among powerful, faceless institutions. Instead, Americans have been lulled into doing it voluntarily by misleading companies.

Think Security this holiday season and ensure your privacy settings are all set appropriately. Think Security for your security and that of your loved ones.

I wish all of you a happy Hanukkah, a merry Christmas, a happy Kwanza, or just a happy winter break if you don’t celebrate anything and a happy and healthy New Year!