Allegations of Judicial Misconduct Reaching to the Colorado Supreme Court 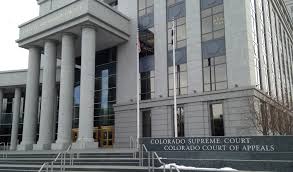 The allegations are show-stopping. Dozens of allegations of judicial and official misconduct have surfaced in the past 24 hours, that have occurred. apparently for years — permeating the highest levels of Colorado’s Judicial Department.

Written by former Judicial Department chief of staff Mindy Masias, the two-page memo threatening to release the evidence to the public. The evidence cited includes the destruction of evidence, payoffs to silence harassment victims, and requests for officials to look the other way and cover up misconduct. The memo was first obtained by The Denver Post.

Former State Court Administrator Christopher Ryan told The Post that the allegations reach all the way to the state’s Court of Appeals and its Supreme Court. The memo threatened a sex-discrimination lawsuit to the Judicial Department by Masias, if she was fired for bringing out the allegations.

The leaders of the Colorado Senate and the House of Representatives, Senate President Leroy Garcia, D-Pueblo, and House Speaker Alec Garnett, D-Denver issued a joint statement regarding the allegations late Tuesday afternoon:

“We are shocked and dismayed by the recent accusations regarding pervasive misconduct in Colorado’s judicial branch. As more and more details are revealed, the questions around taxpayer-funded contracts being awarded to cover up these allegations are deeply disturbing and point to a potential culture of abuse. This is a time when it’s more important than ever to reinforce faith in our democratic institutions and uphold integrity, transparency, and accountability in our government. These allegations must be investigated in full view of the public until trust in our judiciary is no longer in question.”