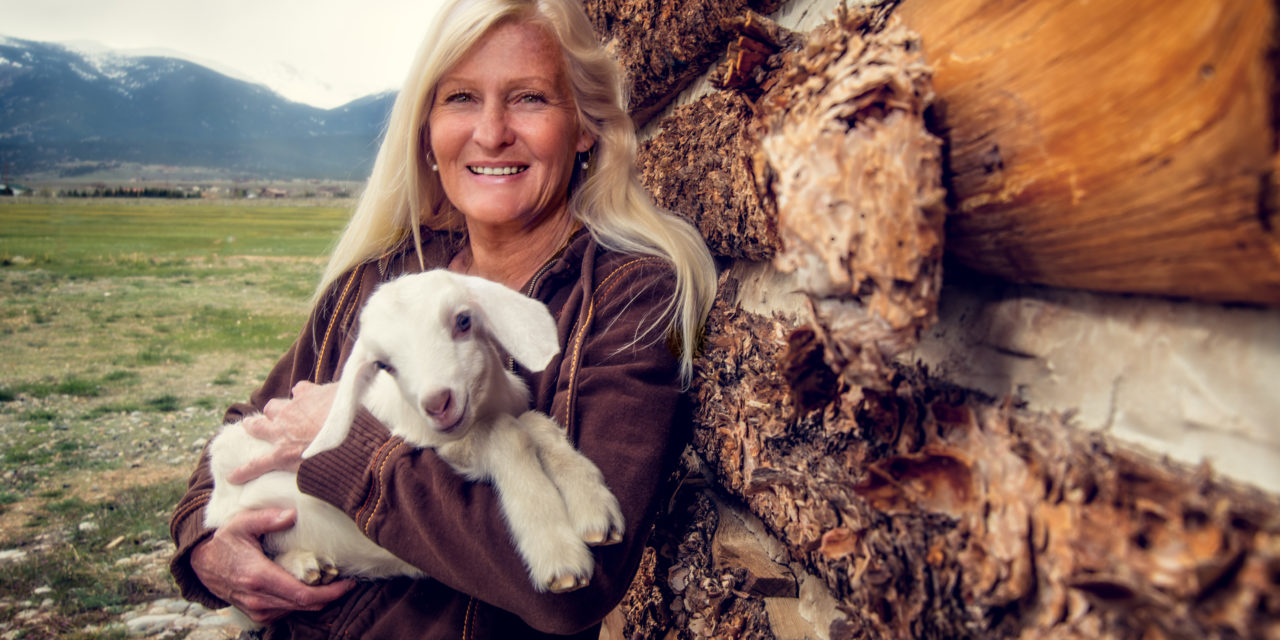 While restaurants, seasonal adventure firms, and other segments of the local economy have rebounded from the spring shutdowns, many area residents are still out of work and looking for employment. Some are seeking new careers because their former occupations are too risky or economically precarious. “I love to do healing work, but I don’t feel like risking my health by being that close to people,” said ‘Alice,’ a 26-year-old holistic bodyworker who asked to remain anonymous.

Some well-established businesses are struggling. Jenna Pfingston kept her JalaBlu yoga studio alive by shifting to online and individual teaching; and since June, she has renewed group classes with a maximum of nine students. But she had to cancel a lucrative retreat, and she expects things to get worse before they get better. “I don’t think this is going away anytime soon,” she said.

Dawn Jump, owner of Jumpin Good Goat Dairy, says her business has partially recovered from the massive loss of demand that occurred when resorts, hotels, and restaurants—her main customer base—shut down in March. With a PPP loan and a marketing pivot toward grocery stores, she has been able to keep her seven employees working. But her revenue is still down about 30 percent from this time last year.

Jump, Pfingston, and ‘Alice’ are among the more than 300 people who have received cash grants from the Chaffee County Community Foundation’s Emergency Response Fund. Seeded with matching challenge grants from Chaffee County, the town of Buena Vista, City of Salida, and Salida Schools, the ERF has raised just over $410,000 to date and given away all but about $80,000, mostly in grants to individuals and families who couldn’t qualify for aid through Department of Human Services.

In the last few weeks, about 10 households per week have applied for—and received—second or third grants. A household can receive up to $2,000 this year. “Even though the volume of requests is not nearly as high as the peak in April, the desperation of applicants seems to be increasing,” said Executive Director Joseph Teipel. “That’s worrisome and also indicative of fact that this is an ongoing crisis.”

As Labor Day approaches, so does the end of tourist season and the start of the K-12 school year. How will the restaurant industry—the county’s top employer—fare this fall and winter? Will we see a rise in local infections? Will statewide numbers go up, leading to another stay-at-home order? How much federal assistance will businesses and the unemployed get in the coming months?

These are the types of questions the foundation is weighing as it looks to the next phase of the Emergency Response Fund, the subject of part two of this series. In this part, we report on the status of Buena Vista area residents who received emergency grants and agreed to share their stories. (An earlier article focused on Salida/Poncha Springs residents).

While most were laid off from jobs, many were self-employed or small business owners forced to shut down or scale back because of the pandemic. “A large number of the people who needed help were self-employed,” said Rick Hum, a CCCF board member. “These included people who cleaned short-term rentals, hairstylists, massage therapists, yoga studio owners, car service owners, and many others.”

While most of the grant recipients eventually received federally subsidized unemployment, the grants—approved and disbursed within a few days—were crucial lifelines for many in the early days. “That was the only thing that gave us hope in a dark moment,” said 48-year-old Kelly Murray.

She and her husband Trent Davis received an initial $1,000 after she lost her job at a restaurant and his work schedule at another restaurant was cut. A month later another $500 was given to them to help fill the gap when they, like many other Coloradoans, experienced extreme delays and problems getting the unemployment compensation they were due. “My husband was approved, then the bank lost his EBT card,” said Murray. She received her card but then learned in the grocery checkout line that there was no cash on it.

“That all got straightened out, but for about six weeks, we had nothing coming in except the grant. We had credit cards but didn’t want to go into debt.”

Twenty-seven-year-old Emily Stults lost two jobs in a row due to the pandemic. First, at Monarch Mountain then at a Buena Vista motel. “I had just sold a trailer and was living off that money when someone texted me the link for the grant program,” she said.

Her three-person household received $1,000 which they used to buy food. “If it hadn’t been for the grant, we would have been starving or hunting squirrels,” she said. She was considering applying for a second grant when she got a job as a zipline guide. Another bit of grace that helped her and her roommates: their landlord has been “more than understanding” about their late rent.

Others reported similar generosity from landlords. “Thank God my landlord has been working with me,” said Melissa Frye, 54. She was a full-time caregiver for her mother, whose retirement benefits were paying rent and other expenses for their home in Nathrop. When the pandemic coincided with Frye experiencing health problems, mother and daughter agreed that mom would go into assisted living—leaving Frye with no income to pay rent, utilities and other bills. “I’ve received $1,500 which I used to pay all my utilities, car insurance” and a partial payment to her landlord.

Jump from the goat dairy has received similar grace from Sangre de Cristo Electric Association. “They’ve been flexible and generous with my large overdue electric bill,” she said.

Like many other visitor-serving businesses, Jumpin Good Goat Dairy has seen a surge in sales at its retail outlet just north of BV. Her business with retail grocery chains remains strong, but demand has been chaotic and unpredictable. The biggest question mark, she says, is what will happen with her hotel, restaurant and ski resort customers in the fall and winter. “There is no forecasting and planning right now, so I wear my catcher’s uniform and try to catch whatever they throw at me.”

As reported in The Wall Street Journal and elsewhere, many people’s jobs have probably been permanently eliminated in the crisis. People like ‘Alice’s’ husband, a cook whose employer may have closed permanently. “Cooking was his passion, so he’s in a major career transition,” she said, adding that they’re both looking into online jobs in customer service.

In July, they applied and received another grant of $500. “Things seem to be getting worse with the virus and we’re not sure what’s going to happen with our work,” she said. “We feel really supported by this community and hope we don’t have to move for work.”

Pfingston also received a second grant in July and is facing a very uncertain future. “Before the coronavirus, we woke up every day to the unknown. Now the world is amplifying the energy of the unknown even more.”

This is Part 1 of a two-part series. Featured image: Dawn Jump and her operation is a recipient of a grant from the Chaffee County Community Foundation for those businesses affected by the COVID-19 pandemic.  Photo by Robert Campbell Photography.