Colorado Law: Fireworks Illegal if Not Done in a Public or Professional Display 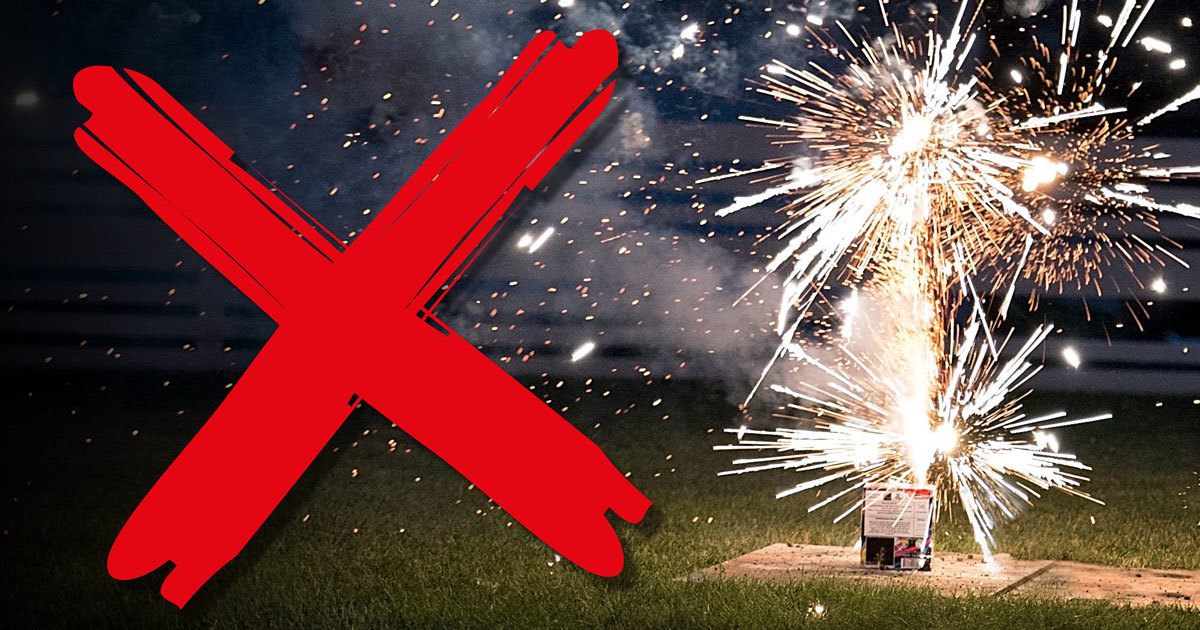 Word of warning this Fourth of July weekend: according to Colorado Statutes, the shooting of fireworks that leave the ground, firecrackers, or other incendiary devices that go into the air are illegal in this state unless done within a public or professional display.

Following Salida JazzFest people take in the professional fireworks display organized by members of the Salida Fire Department. In a few past years, the fireworks display has sometimes been rescheduled due to a fire ban during the Fourth of July holiday.

“It is illegal for a person to use fireworks, other than permissible fireworks, anywhere in the state. Firework professionals can be granted permits by a state or local government for performance displays in accordance with industry standards.

Illegal fireworks. Fireworks that are always illegal to use in Colorado (except for public and professional displays) are: firecrackers, rockets (including bottle rockets), roman candles, cherry bombs, mortars and similar items, such as M-80s.

Colorado Statute established penalties for the illegal use of fireworks and authorizes local law enforcement agencies to enforce the state fireworks laws. Colorado law provides that the sale or use of illegal fireworks is a Class 3 misdemeanor resulting in a fine of $50 to $750 and up to six months in jail. In addition, violators can have their fireworks seized. Municipalities may prescribe and enforce more severe penalties for any violations of their ordinances restricting the sale and use of fireworks.

In addition to penalties directly relating to the use and sale of fireworks, the law establishes penalties for setting fires and reckless conduct resulting in fires, including any fires caused by fireworks. Depending on the circumstances, an offender can be fined up to $750,000 or serve up to 12 years in jail.”

Not only is it illegal for private citizens to set off fireworks, but it is also illegal to set off fireworks that leave the ground near national and state forests. That gives fair warning to the unidentified people shooting off fireworks displays near the ridges of Chalk Creek Canyon last night; what you are doing is illegal on private property and endangering the public forest lands.

“The law says that shooting off fireworks is illegal unless done in a public or professional display, and it’s the wording of a professional display as to how it is that determined,” said Chaffee Office of Emergency Management Rich Atkins. “Professional means fire departments, fire technicians, those trained to handle incendiary devices, anything that leaves the ground.”

What is legal in this state are ground-based fountain displays, noise-makers, ground-spinners, sparklers, and tube devices. Asked why people who should know better set off illegal fireworks, Atkins said, “Part of our problem is with all those second and third homeowners. We have so many from Texas and Oklahoma who come here not knowing that they aren’t legal here. They don’t know that any type of fireworks that leaves the ground is illegal in our state.”

While the county is not under any fire restrictions at this time, the thought is never far from the minds of Chaffee County residents, who have had more than their share of wildfire scares over the past few years. “We’re still in the low-end of the high fire danger,” added Atkins, “but it’s still a fire danger.”

Chaffee County Sheriff John Spezze, whose local law authority is in charge of enforcement, said this danger hasn’t been a problem in the county in recent years. He added that his office is going to look into this and he reinforced the fire danger: “We had some rain, but even in low fire danger it’s high fire danger because of all the dead wood up there.” Then he added, “but that kind of behavior is just stupid.”

Chaffee Fire and Rescue Chief Bob Bertram reinforced the Sheriff’s points. “According to the moisture content of the area, we’re still at high fire danger. Even with the recent moisture, it doesn’t touch what’s under the trees and the forests are so dry. People need to be smart about it so all of us can continue to enjoy a 4th of July with fireworks.”

He left unsaid what “unsmart” was. But he reiterated that people need to educate themselves to the local and Colorado laws. “That’s the biggest thing. We get so many from out of town who don’t bother to get informed. They don’t look at things the way we see them.”

The City of Salida is planning a full professional fireworks event for Monday, July 4 beginning at dusk on Tenderfoot Mountain and Buena Vista’s 4th of July fireworks display will be at the Collegiate Peaks Rodeo Grounds.