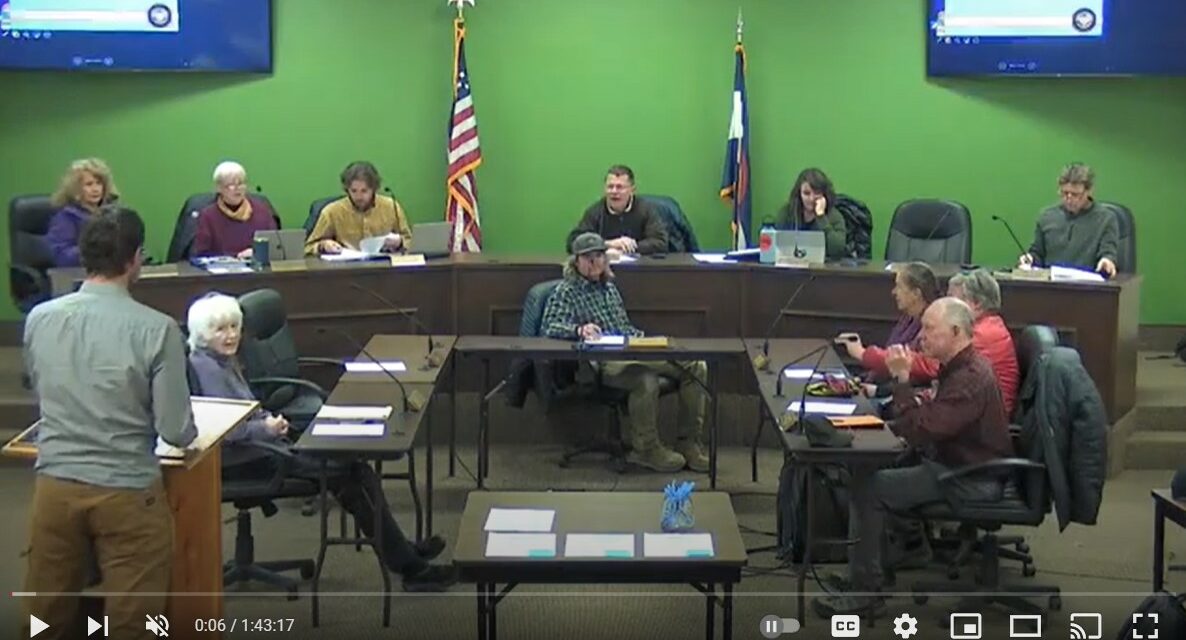 In a combined meeting with the Salida City Council and Planning Commission, the Jan. 17 session focused on updates to land use initiatives, new planning tools, and terminology.

In less than 45 minutes, Community Development Director Bill Almquist provided updates and an overview on major topics related to land use and housing. Only the final presentation inspired feedback from planning commission and council members.

With the widespread visibility of the housing crisis in Chaffee County, Ark Valley Voice has begun a multi-part series to bring the facts, myths and realities about housing to our readers. Look for in-depth articles on the topics covered in this article in the weeks ahead.

Almquist explained that so much has changed since the previous plan for this area (done in 2016), that a new “developer/bank-ready” plan, complete with technical analyses is needed and is now underway.

The South Ark Neighborhood parcel contains approximately 100 acres currently, of which 50-60 acres are considered the focus for development. 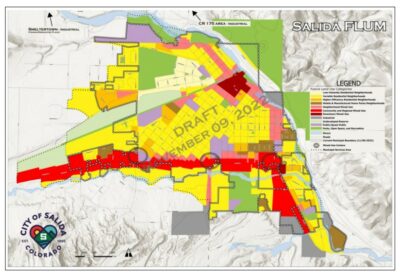 Working with consultant Clarion and Associates, the Salida Land Use Code last saw an update in November, 2022.

Based on input from the public and staff another update is planned for the February-March timeframe.

While Almquist considers this as “Just a starting point for a community conversation…”, the next update may address:

There is a planned linkage between the “FLUM” and the Land Use Code, the details of which have yet to be revealed. The current FLUM uses color-coding to show areas such as: Low-Intensity Residential, Variable-Residential, High-Efficiency Residential Neighborhoods, as well as Public, Parks, Recreation, and Open Spaces, among many others. 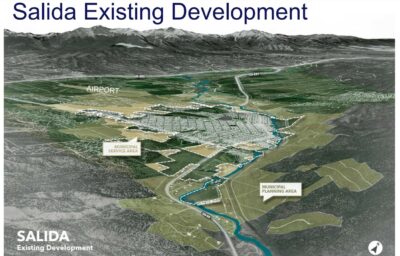 Almquist unveiled a first-look at a potential new tool in the housing toolkit, called TDRs. The concept is used across the U.S. and in 13 places within Colorado, large and small, including Gunnison County, Crested Butte, and the City of Fruita on the Western Slope .

A goal is to use incentives to protect valuable agricultural/rural lands and shift development to “receiving areas” to reduce city/taxpayer infrastructure costs and drive (but not exceeding) density to areas where it is best suited for close-in housing, reducing overall vehicle miles driven.

The Planning Commission (PC) and council members then asked questions of both and provided initial feedback on this new tool.  To questions from PC Chair Greg Follet, Cottom replied that “one of the major exercises in this, moving forward, is defining those sending and receiving areas.”

Vice Chair Francie Bomer asked, “what are the benefits to the developers?” Almquist responded that “it’s a mathematical exercise and it needs to make sense. “The purpose is not to make the developers a whole bunch of extra money. The purpose is to funnel development from one place to another” added Almquist. Another planning commissioner stressed a need to see the business case for this and to see examples where it has worked.

Cottom noted that so far “…County stakeholder groups have expressed broad support… but the big questions ‘is what are the details’.” The look of a TDR program and its success may well depend on close coordination and the local municipalities participating (not just Chaffee County).

Consensus from council members and Mayor Dan Shore was this it was worth pursuing the idea but again, it will all come down to how the numbers work here and the details of how the tool would be implemented. Further, will it align with existing tools like Inclusionary Housing (IH) requirements for built units?

At 6:00 p.m. the regular council meeting kicked off. After the newly updated Civility Invocation was read by council member Dominique Naccarato, the Consent Agenda was approved, followed by Citizen Comment. Members of the Bringing Everyone Through The Crisis of Housing (BETCH) spoke.

The theme of their remarks at this session focused on wanting additional diversity (renters, business owners, etc.) on the Chaffee Housing Authority (CHA) Board as well as holding them accountable for getting the work done. “Talent is one thing, but you need to show up and make the effort.” said BETCH Founder ‘Salty’ Riggs”, of the CHA board in general.

“BETCH requires 6-10 hrs. per month of effort [by their board]; we want accountability and commitment from the CHA,” added Madelyne Felsch of BETCH.

After two public hearings, with no further input from co-applicant Karen Lundberg nor the public, the Lundberg-Castro annexation and zoning ordinances were passed unanimously. These were followed in short order by a pair of resolutions, as required by state statutes. They finalized the annexation of the lots at 601 and 745 Scott Street to the City of Salida, together with the High Density Residential (R-3) zoning that was sought.

The final item of new business was a request for council support to apply for a $650,000 Department of Local Affairs (DOLA) grant to support pre-development costs for the proposed innovative housing grant project on city-owned property at First and D Streets.  The proposal is in partnership with the CHA and nonprofit ArtSpace. It has already received $100,000 in funds from the Boettcher Foundation which may be used as the local match for DOLA.  The resolution passed unanimously.

Council member Mike Pollock followed up on a comment made by council member Harald Kasper during the Consent Agenda, regarding a new airplane hangar lease at Harriet Alexander Field in Salida. Kasper noted the low lease rate per square foot ($0.2111) and questioned its appropriateness for private airplane owners who could well afford them.

“Why are the rates so cheap?” asked Pollock. City Administrator Drew Nelson responded that staff would look into lease rates at comparable county/municipal airports and report back.

Concluding the evening, City Treasurer Merrell Bergin provided an abbreviated report for November City Sales taxes. Due to the Monday holiday, the County had not yet reported in on the city share.

According to the Treasurer and Finance Director Aimee Tihonovich, “November sales tax collections for the City were $702,448 for the month which is $29,394 or 4.4 percent higher than last year.  Year to date we are running 2.9 percent ahead of last year.”