Thinking security: Political warfare and the 2020 U.S. elections — What can be done?

Last week I wrote about the Senate Select Committee on Intelligence’s (SSCI) newly released second volume report on Russian interference in the 2016 U.S. presidential election. The focus of the second volume of their ongoing reporting of the committee’s fact-finding is the use of social media — specifically, weaponizing it — and the cyber domain, to promote the president’s candidacy. It was first used to encourage his supporters while negatively impacting his primary opponents – Gov. Jeb Bush, Gov. Chris Christie, Gov. John Kasich, Sen. Marco Rubio, Sen. Rand Paul and Sen. Ted Cruz. Then his general election opponent, Secretary Hillary Clinton. It demoralized, and thereby politically deactivated, their supporters. The SSCI’s first volume report focused on the cyber attacks and hacking into the election systems in all 50 U.S. states. The outstanding question for all U.S. citizens is, what can we do about this?

The first thing is to advocate for paper ballots. Specifically, every voting system adopted in every county and state in the U.S. utilizes paper ballots. Paper ballot-based systems are more secure for several reasons. However, the most important one is because they rely on a tangible, hard copy of each ballot cast. Thus, they allow for greater integrity in the tally of each election being contested.

Touch screen-only systems do not allow for this. They produce no real auditable trail or record. And, as a result, there is no way to recount election results when votes are cast on touch screen only systems. These touch screen machines, formally known as direct recording electronic voting machines, do not provide any tangible record of each vote cast. In recent primary or runoff elections in several states and municipalities holding off-year elections, several problems were reported with these touch screen machines. Votes were switched or only allowed votes to be cast for one candidate, who is not necessarily the candidate that the voter wants to vote for. The only way to fix these problems is for all of us to lobby our elected officials to mandate voting systems that require paper ballots*. 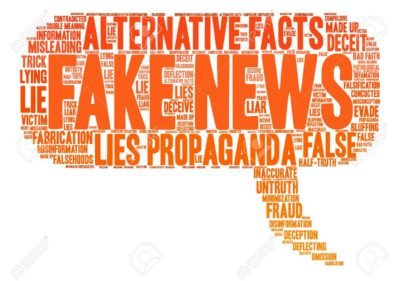 The second thing that needs to be done is that digital, traditional news media, and social media platforms that have become so important in transmitting and, in some cases, amplifying news and information, need to be more serious and vigilant about establishing and running in-house effective counter-influence operations. Either that or pool their resources and establish a consortium, like a counter-influence/counter-misinformation/disinformation wire service.

I’m not calling for fact-checking, though that still needs to be done. Instead, I’m calling for actively recognizing that digital and traditional news media, as well as social media platforms,  are primary targets of the social disinformation campaigns that the Senate Select Committee on Intelligence focused on in their second volume report.

In order for the Russians, the Turks, the Chinese, the North Koreans, the Saudis, the Israelis, the Iranians, and anyone else targeting Americans to influence our politics and the outcomes of our elections to be successful, they have to get that information out. Today’s long-form Buzzfeed is reporting on how Turkey’s state-sponsored social media operators have been targeting Americans for over three years on behalf of Turkish Prime Minister Erdogan’s strategic objectives. Including his pursuit of a military campaign to subjugate the Kurds. It delineates the entire causal chain of creating, planting, and then driving disinformation, misinformation, and information for provocation directly into the main-stream American news media and through the American news media into Americans’ consciousness.

There is only so much each of us can do as American citizens to vet, weigh, and judge the veracity of the information on our own as individuals. Unfortunately, one of the primary ways we do this is by referring to digital and traditional news media sources. If the news media – digital and/or traditional – are being targeted as a vector to spread disinformation, misinformation and information for provocation, then it makes it very hard for any of us to determine what information is true, factual and accurate and what is not. Here too, though, we each have the ability to call for and drive the changes we need.

Contact the news outlets, traditional and/or digital, that you use. Many newspapers, TV and radio stations have ombudsmen or public editors. Contact the companies you contract with for your social media services. In both cases, explain your concerns and advocate that they step up, act as responsible corporate citizens, and take the necessary steps to protect their platforms. Otherwise, it will become harder and harder to determine what is true, factual and accurate, which makes it harder for Americans actually to have constructive political discussions with each other.

It is one thing for Americans to disagree with each other over how to solve problems when we all can agree on the facts of any given issue. It is quite another when we are set at each others’ throats because of disinformation, misinformation and information for provocation all pushed into America’s information environment to achieve someone else’s strategic objectives.

*Editor’s note: Colorado uses a uniform voting system. County clerks are required by law to have a ballot-marking system, which produces a paper ballot for every recorded vote. Chaffee County, as well as most of the 64 Colorado Counties, use the same system.