Town Mountain at The Lariat October 4 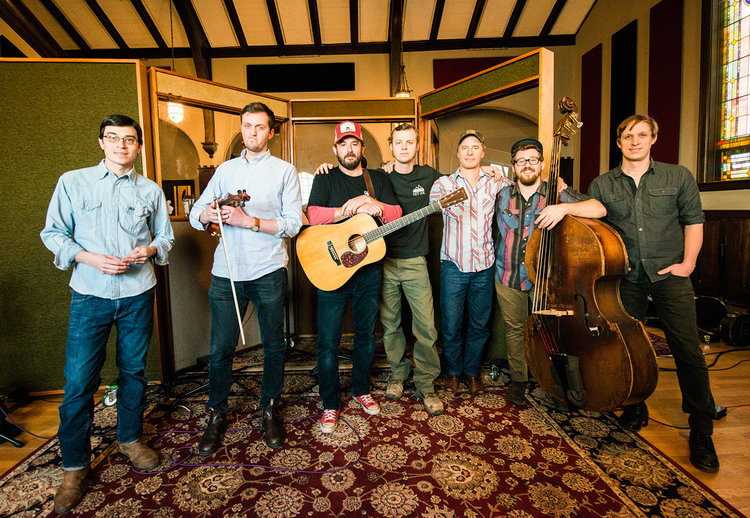 “Raw, soulful, and with plenty of swagger,” Town Mountain is a perfect blend of traditional and contemporary bluegrass, country boogie, and old school blues and rock ‘n’ roll. Their influences;  everyone from The Grateful Dead to Willie Nelson, Waylon Jennings and Merle Haggard. Town Mountain feels old, yet familiarly modern.

The dynamic quintet features banjoist Jesse Langlais, guitarist and vocalist Robert Greer, fiddler Bobby Britt, bassist Zach Smith, and Phil Barker on mandolin. Since releasing their debut album Original Bluegrass and Roots Country in 2007, Town Mountain have made a name for themselves in the bluegrass and country circuits for their hard-driving sound and inspiring songwriting.

In October 2018, Town Mountain released their most recent album New Freedom Blues in which “they fearlessly consider what it means to make bluegrass-influenced music in the modern era,” as defined on the band’s official Facebook page. A departure from their traditional sound, New Freedom Blues explores all the eclectic musical tastes the band enjoys, that don’t fit into the bluegrass mold.

Recorded at renowned Echo Mountain Studios in Asheville, N.C., the 11-track EP touches on everything from bluegrass, to pop to honky-tonk. Produced by Caleb Klauder, the album is the freest musical expression Town Mountain has put down on a record. With the addition of Sturgil Simpson collaborator Miles Miller on drums, a unique instrument seen in bluegrass bands, New Freedom Blues, takes Town Mountain into elevated new territory.

Americana Roots mixed with contemporary takes on traditional musical styles, Town Mountain’s live shows take listeners on a journey from the South to the mountain tops with their unique ability to make bluegrass relevant and fun again.