Truth and the Internet: how the Russians weaponized free speech

Editor’s Note: Truth and the Internet will be an occasional Ark Valley Voice feature column.

Much political debate has resulted from Robert Mueller’s report on the investigation into Russian interference in the 2016 presidential election. While he concluded that “the investigation did not establish that members of the Trump Campaign conspired or coordinated with the Russian government in its election interference activities,” the Special Counsel’s report exposes in detail the extent of Russia’s illegal Internet operations, which read like the pages out of a spy novel.

To perform this investigation, the Special Counsel assembled a team of 19 attorneys and 40 FBI agents, intelligence analysts, forensic accountants and support staff. During their investigation, they issued more than 2,800 subpoenas, 500 search-and-seizure warrants, 230 orders for communications records, and interviewed approximately 500 witnesses, including almost 80 before a grand jury. 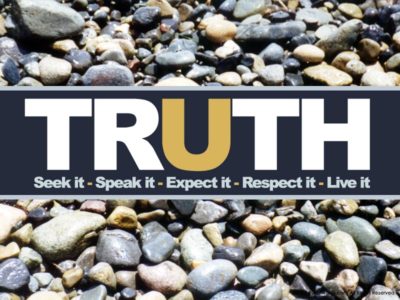 The investigation exposed in chilling detail how Russia, through an effort code named “Project Lakhta,” engaged in political and electoral interference operations which targeted the 2016 Presidential Election. It also extended into the 2018 mid-term election, where both Democrats and Republicans were targeted. The published report and other FBI publicly released material on the investigation, provide a sobering warning on how free speech on the Internet, a right granted under the First Amendment, can be weaponized to manipulate our democratic process.

As a result of the FBI’s investigation we now know that beginning in mid-2014, and continuing to the present, the Internet Research Agency LLC (IRA) and other entities were set up under Project Lakhta with a budget of millions of dollars and employing hundreds of individuals.

Concord Management & Consulting LLC and Concord Catering were ostensibly paid by the Russian government to feed school children and the military. In reality, they were the primary source of funding for Project Lakhta and were controlled by Yevgeniy Viktorovich Prigozhin, who began his career in the food and restaurant business. He is sometimes referred to as “Putin’s Chef.”

In 2018, Project Lakhta’s budget totaled over $10 million. An arrest warrant has been served against Elena Alekseevna Khusyaynova. She allegedly oversaw all aspects of Project Lakhta’s financing, which covered social media operations, web content, advertising campaigns, salaries and office expenses. She was charged with Conspiracy to Defraud the United States in 2018 but remains at large.

These fictitious accounts were used to advocate for the election or electoral defeat of particular candidates in both the 2016 and 2018 U.S. elections. The accounts had the stated intent of creating “political intensity through supporting radical groups” and to “aggravate the conflict between minorities and the rest of the population.” Examples of fake posts attributed to Project Lakhta are included in an FBI affidavit.

Project Lakhta’s stated goal in the United States was to spread distrust towards candidates for political office and the political system in general. It can be argued, based on the current polarized and hostile political environment that has consumed both Congress and the White House, that the Russians have succeeded in this goal.

The threat of the IRA and other Project Lakhta operatives continuing to target the 2020 election is very real.

There is also evidence that other foreign nations who are hostile to the United States, including China and Iran, are also initiating similar operations. But perhaps the most significant concern is that the IRA operations were only illegal because foreign agents were conducting them. Under the First Amendment, it is not unlawful for an American to deliberately post false information on social media for political gain or to create the type of disruption that was Project Lakhta’s intent.

Facebook testified to Congress in October 2017 that approximately 126 million people may have been served content from posts associated with the IRA over two years. This is a staggering percentage of the voting population as, in 2016, the voter turnout was 139 million voters. As we approach the 2020 election, it is inevitable that these tactics will be employed again for political gain, and not just by illegal foreign actors.